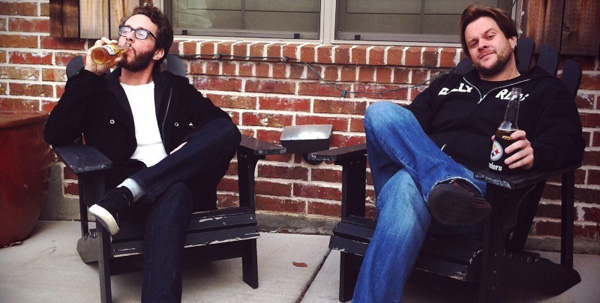 Continuing their very successful 2015 thus far, Ryan Hamilton and Jaret Reddick, aka People On Vacation, have released a brand new music video for their new single.

Don’t Ask The Question is the second single from People On Vacation’s breakthrough album The Chronicles Of Tim Powers which won widespread praise upon it’s release at the start of 2015. The Don’t Ask The Question video sees Ryan doing his best Forrest Gump impression as he keeps on walking, all the while helping out his friends with the little problems that are going on throughout the day. Check out the video below:

Away from the world of People On Vacation both Jaret and Ryan are very busy; Jaret has just returned from a US tour with Bowling For Soup – the Bowling For Soup Is Finally Legal Tour, not to mention the recently announced “How About Another Round” tour which will see BFS return to the UK in February 2016 (read the original announcement for that here). Ryan meanwhile is gearing up for the release of his solo album Hell Of A Day which is being released in late August. The first ever Ryan Hamilton solo tour of the UK will also take place in early September as Ryan embarks on a house party tour – which is almost sold out already! Full details of that can be read here.

People On Vacation’s The Chronicles Of Tim Powers is out now on Brando / Que-So Records. You can check out the Rock Sins review of the album on this link here. Further updates from People On Vacation, Bowling For Soup and Ryan Hamilton’s solo project will all be reported on here at Rock Sins as and when news becomes available. 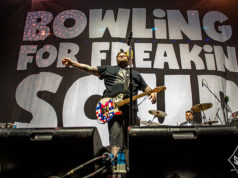