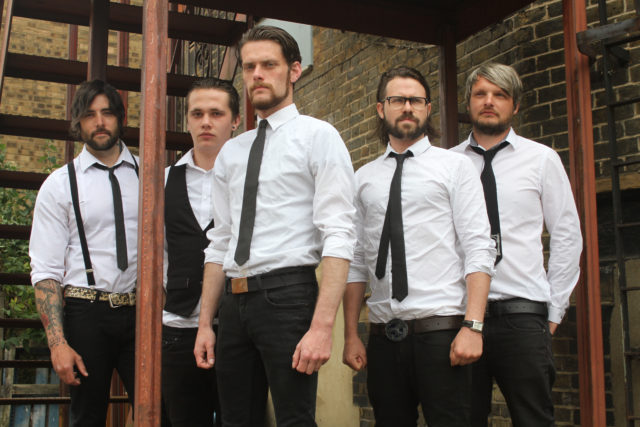 Our sincere congratulations go to Isle of Wight hardcore mob Dead Town Nothing, who have sucessfully completed part one of their #MAKESOMENOISE campaign to raise funds for the NSPCC. The band entered the studio last Thursday and in less than one day wrote and recorded new single ‘Bully’, which is to be released on Friday 31st July 2015 on CD and digital download. A lyric video for Bully will also be released in the near future.

“We are truly overwhelmed by the response we have received from this campaign and we hope people will continue to support now and when the track is released. Thank you to everyone involved behind the scenes and Thank you to all that have supported this so far. Humbled is not the word.”

To donate for CD: https://www.justgiving.com/deadtownnothingcharitysingle/

Dead Town Nothing’s most recent album “Consequences” was released last year. The band can be followed on Social Media on Twitter at @DeadTownNothing and on Facebook at https://www.facebook.com/deadtownnothing.