As one of the leading bands of the New Grave movement, there’s a definite buzz surrounding Ashestoangels right now. Tonight they brought the British Horror Story tour to London for a intimate show at the Camden Barfly. With Farwell, My Love making their first trip to the UK as well there was plenty for fans to look forward to tonight.

Tonight doesn’t get off to the best start with Pretty Addicted (3). Their gothic dance music is forgettable and their attempts at a stage show come across as cheap tonight. When a “scary” clown arrives onstage it’s hard not to laugh. Perhaps with a bigger stage show they could be more enjoyable, but in their current state the stage show and gimmicks are not enough to distract from how boring the songs are.

Fortunately The Dead XIII (7) are more enjoyable. Firstly they seem to put a lot more effort into their performance and don’t rely on any gimmicks. They might have put a lot of effort into their image but they have the tunes to back it up, recent single “XIII” is particularly catchy. They might still be in their early stages as a band but The Dead XIII show plenty of potential tonight, certainly one to keep an eye on.

Farewell, My Love (6) aren’t quite as exciting as The Dead XIII but they are still enjoyable. For an American band playing the UK for the first time it’s nice to see so many fans down the front singing along and loving every second of the set. There are some big choruses scattered throughout their set mixed with some impressive guitar work, but things do start to drag towards the end. Still it doesn’t ruin things and Farewell, My Love are able to make a solid impression.

Finally it was time for Ashestoangels (8) and it’s immediately clear how excited the crowd are for them. An explosion from energy from both the band and the fans gets things off to a great start. Vocalist Adam Crilly is on top of the crowd within seconds and this is behaviour doesn’t stop for the entire set. He constantly encourages fans to do the same not before instructing them on the “safe” way to stage dive. It’s this kind of live performance that just adds another level to the songs which isn’t present on record, everything just has more of a punk attitude live.

The band don’t let the pace drop either meaning the set never starts to drag over the course of an hour. They even pull out a few surprises with Chad Kowal from Farewell. My Love providing some guest vocals as well as a massive stage invasion featuring every band at the end of their set. It all just gave the evening a fun vibe for both the band and the fans. Ashestoangels prove tonight that hard work pays off, it might have taken them a while but the band are really starting to make a name for themselves and win more people over, I doubt anyone left tonight feeling disappointed. 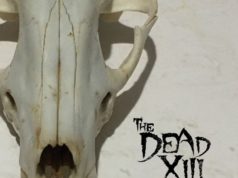 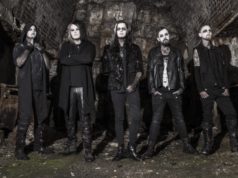 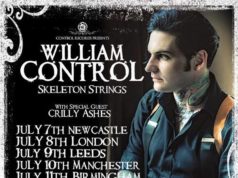 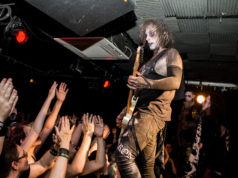 The Dead XIII Win Video Of The Week (13th July) 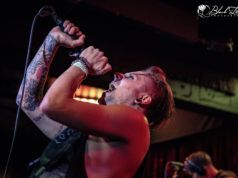