After some great acoustic sets on the Thursday night from Jamie Lenman, Sam Duckworth, Dave Mcpherson and more it was time for Hevy Festival 2015 to kick off properly. Opening the third stage, Wraiths (7) got things off to an impressive start. Their down tempo metal was relentlessly heavy and had just enough technicality to avoid being a boring stream of never ending breakdowns. 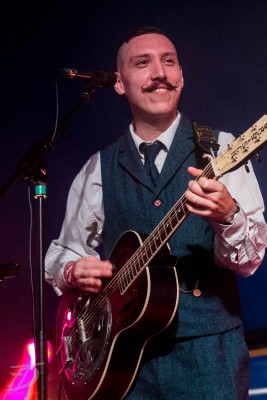 Continents (8) kicked things off on the main stage this year with a set filled with fast paced hardcore. Despite their early set time parts of the crowd are more than ready mosh, especially during the older songs like “Idle Hands” and “Pegasus Pegasus”. Still Continents mostly use this set to show off new material from their upcoming second album, all of which sounds very promising. 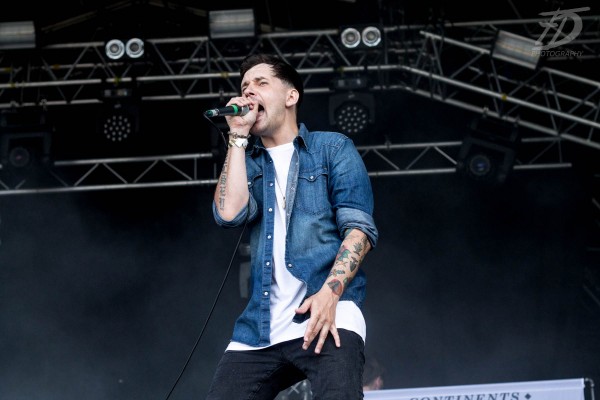 Back on the third stage Grader (5) were far less impressive. Nothing about their set was particularly bad but their melodic hardcore wasn’t exactly original. Their performance wasn’t lacking in energy but the set started to drag around the middle and it seemed like some people started to lose interest towards the end. 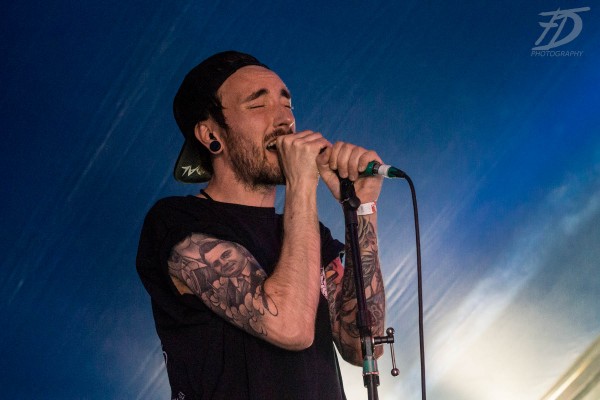 On the main stage Chon (8.5) were busy showing off some of the best guitar playing of the whole festival. Playing their first show outside of America, Chon managed to pull in a huge crowd who remained captivated for the entire set. They manage to blend several different styles and genres into each song all whilst making it look completely effortless. 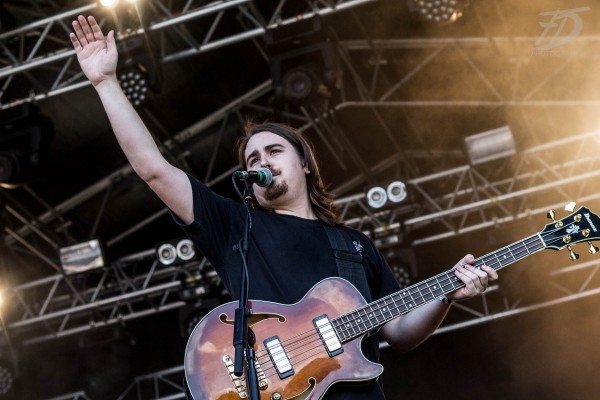 Black Peaks (8) bring a healthy dose of prog-rock to the main stage. Mixing softer moment with some genuinely crushing heavier ones, their set remains constantly interesting and varied throughout. There has been quite a bit of a buzz surrounding Black Peaks recently and they do a very good job of justifying this. Vocalist Will Gardner in particular does a fantastic job today keeping the crowd involved whilst delivering a great performance.

Creeper (6) have definitely attracted one of biggest crowds the second stage sees all weekend, it’s clear this was a very highly anticipated set but  it’s hard not to feel slightly let down. Creeper do play a high energy set of punk rock songs but the lack of any originality meant things did get a little boring. They do show potential but there is still more work for Creeper to do before they justify the hype.

Hacktivist (8.5) pull the biggest crowd of the day so far and then spend the next 30 minutes reminding people why they are still one of the most exciting bands to emerge in recent years. Vocalists Ben Marvin and J Hurley have endless amounts of confidence and energy and their blend of tech-metal and rap still makes the crowd lose their mind. The only thing that holds this set back slightly is that the setlist is the same thing Hacktivist have been playing for about two years now. There are some newer songs in there and older material like “Hacktivist” and “Blades” are still bangers but they just need to get that album out so they can freshen up the setlist. 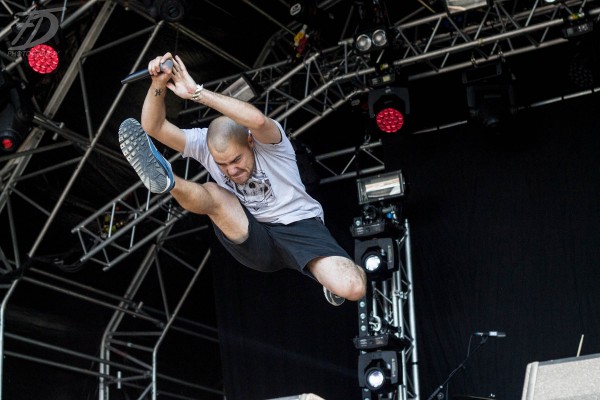 Back on the third stage it was time for Heck (9) to cause some chaos. Despite recently having a name change there is very little else that has changed about this band. They are still one of the most insane and exciting live bands on the planet. The band don’t even make it through a single song before a member is on top of the crowd and this doesn’t stop for the rest of the set. Amps and mic stands end up in the crowd whilst “Powerboat Disaster”  sees vocalist and guitarists Matt and Jonny battling each other whilst on fans shoulders. Heck once again prove why they are one of the best live bands around and with a debut album out soon, Heck are filling their set with more great songs to go along with all the insanity. 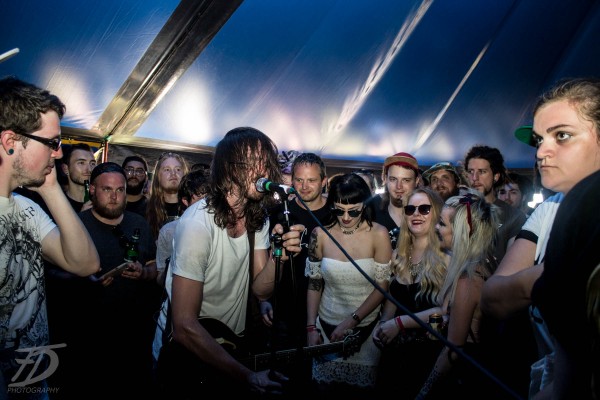 Touche Amore (8.5) stuck out a little bit on the main stage today. With so many tech / prog bands playing it felt like a nice change of pace. While Touche Amore might be far more suited to a more intimate setting they still feel comfortable playing on this bigger stage. By this point in the day the crowd seemed to have completely woken up, leading to more crowd surfers than any other band so far. Vocalist Jeremy Bolm seemed to take notice of this and spent plenty of time down with the rest of the fans. The real strength for Touche Amore lies in the songs though, all packed with emotion whilst never losing any of the aggression you’d expect from a hardcore band. 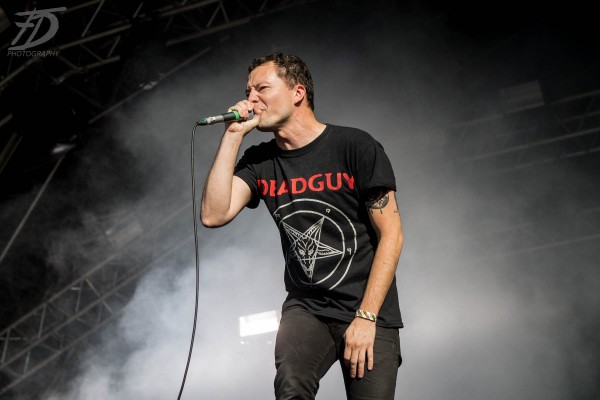 Unfortunately Landscapes (8.5) start during Touche Amore meaning the tent isn’t exactly packed when they start. Still the the tent does gradually fill as the band power through 30 minutes of intense melodic hardcore. Songs off of Life Gone Wrong still sound fantastic live and the newer songs still get a good reaction despite everyone being unfamiliar with them.

Protest The Hero (8) are as insane as you’d expect them to be. The technical riffs mixed with Rody Walker’s fantastic vocal range are impressive but it’s the bands ability to inject a real sense of fun into everything that makes this set so enjoyable. The band never descend into gimmicky territory with their comedy meaning the songs are still the focus of their set. It’s this mix of great songs and having fun that makes Protest The Hero one of the most entertaining bands of the day. 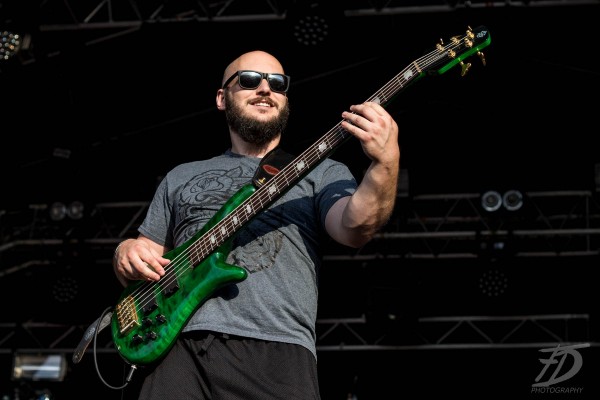 Betraying The Martyrs (6) struggle a little bit with poor sound and a sparse crowd. Still there are some highlights to their set. The band have some impressive songs in their Aaron Matts is a great frontman both vocally and with his stage presence. And as silly as it might be, watching people start a circle pit to a metal cover of “Let It Go” is entertaining. It certainly isn’t the most memorable set of the weekend but it’s still an enjoyable one.

Whilst they aren’t tonight’s headliners, The Dillinger Escape Plan (9.5) are easily one of the main draws for a lot of people at the festival this year and it isn’t hard to see why. Within seconds the entire stage is a chaotic scene as band members and instruments fly about the stage. Greg Puciato genuinely looks dangerous throughout the entire set stomping around the entire stage and climbing on everything he can and despite all this the band never put a single foot wrong. It’s not just the performance too, Dillinger play a fantastic setlist that whilst focused on their latest album still found time for several other fan favourites. Performances like this justify why so many people will describe The Dillinger Escape Plan as one of the best live bands on the planet. 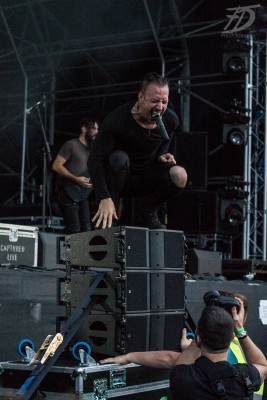 Stick To Your Guns (8) on the third stage are the first of today’s headliners and sadly they are in a very difficult position clashing with Dillinger Escape Plan, but despite this and the lack of crowd, nothing is going to stop this band. They fire through their set and easily get those who are in attendance pumped up. Fan favourites such as “We Still Believe” see multiple members of the crowd flying over the barrier screaming every word along with front man Jesse Barnett. Some might believe the odds were against Stick To Your Guns and they had possibly the worst slot of the festival, but it’s very clear this didn’t phase the band as they performed an excellent and chaotic set like they always do.

Over on the second stage is the next of tonight’s headliners, Fightstar (6). Despite a late start, it’s clear excitement levels are high this evening and this could be a very special performance. Sadly the set failed to live up to this potential and it soon becomes painfully clear a large portion of this crowd are here purely due do the status of one particular member of the band. Soon this novelty seemed to wear off and the crowd died down, making it clearer that Fightstar just don’t quite have enough good songs to keep this set entertaining. There are a considerable number of bands doing very similar things to Fightstar, only better. 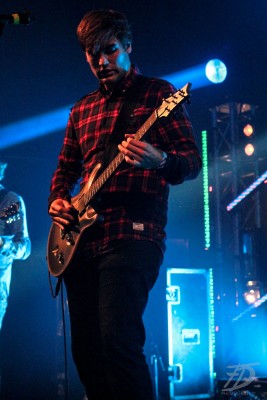 Finally it was time for Coheed And Cambria (6.5) to headline the main, playing In Keeping Secrets of Silent Earth: 3 in full. Album in full shows can often be a risky move and whilst Coheed just about pull it off tonight, perhaps it wasn’t their best move. The problem with this album in particular is that whilst it might be a favourite of die hard fans, the songs just don’t seem as interesting to casual fans. with most songs lasting over 5 minutes and some even stretching to 9 minutes it doesn’t take long for things to drag a bit. This would be less of a problem if the songs were filled with more of the interesting prog elements, but instead there just doesn’t feel like there’s enough content to justify these songs being so long. Still once the album is out the way and the band return for an encore things do get more enjoyable, closing song “Welcome Home” is particularly great. So whilst tonight’s set definitely isn’t bad, it just ends up being one that only the die hard Coheed And Cambria fans can enjoy.

Check back in with Rock Sins very soon for the second part of our in-depth Hevy Festival 2015 review and further coverage including interviews with the likes of Protest The Hero, Landscapes and Hang The Bastard!