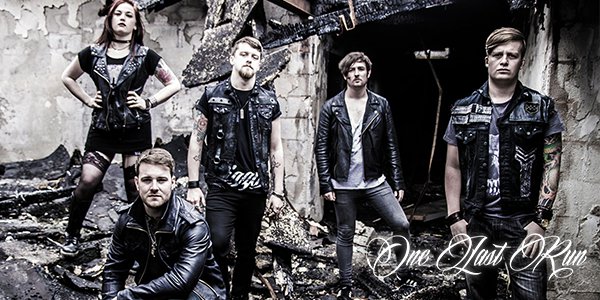 Manchester hard rock outfit One Last Run are one of the most promising new bands we’ve heard all year. The music video for their cracking new single Tell Me was recently premiered over at our good friends This Is Not A Scene, and the new song made us want to find a bit more about them. So as a result we caught up with One Last Run’s Bassist Chris Smith to make him and One Last Run the latest band to be part of the Rock Sins Introducing series of interviews. Over to you Chris…

We came together as a band and started writing at the end of 2013. A couple of us had been in bands together before or joined from other bands. We got ourselves on the road early in 2014, released our debut E.P in November 2014 and have gone on from strength to strength since.

Our history as a band is quite small in the grand scheme of things, but having already supported bands like I Am Giant and New Device we feel like we’re gaining a real pedigree.

To be honest, I think every member of the band fancies themselves as the ‘funny one’.

I’d say that we combine everything people like about rock. Powerful riffs, catchy vocal hooks, big choruses and driving beats.

You’ve recently released a brand new single called Tell Me and a video for the song, which seems to have been received very well. How are you guys feeling about the track?

We’re immensely proud of what we have achieved with Tell Me. We feel this song has taken our music up a notch, as well as our profile. The proof of that is in the unbelievable response we’ve had from everyone who’s heard it!

I’d like to give a special mention at this point to Joe Graves and Mike Kingswood at Innersound Studios for the amazing work they’re doing with us at the moment.

Are you planning to get back in the studio again soon?

We’re already back! We’re currently tracking the rhythm guitars for the album, so it’s getting pretty exciting!

(In conjunction with the last question) What do you have lined up for the rest of 2015?

Tell Me. We all agree it’s our best song. It has the best production and it’s the catchiest song we’ve written!

Who would be your dream band (or bands) to go on tour with?

For me, Papa Roach. Jacoby Shaddix has always been one of my favourite front men and I think his recovery from all his drug problems is a true inspiration. I’d love to meet the guy.

Strawberry. Anyone who disagrees is an idiot.

Lastly, and most importantly, who is your favourite Simpsons character? (If you don’t like The Simpsons you can suggest another cartoon character)

It’s got to be Homer or Moe. Their war over THE Flaming Homer/Moe is a classic!

One Last Run can be followed on Twitter at @OneLastRunUK and on Facebook at https://www.facebook.com/OneLastRunUK. You can enjoy the brilliant Tell Me below: 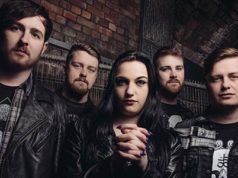 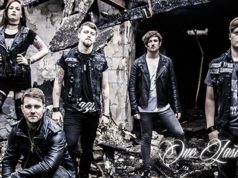