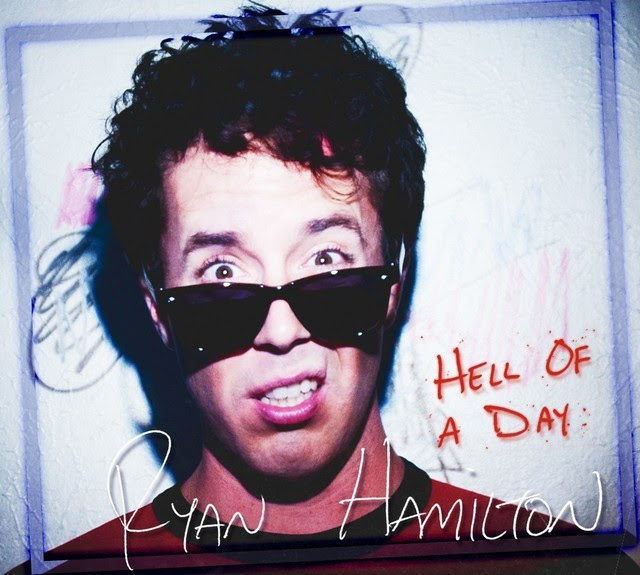 Ryan Hamilton of People on Vacation and Smile Smile fame has crafted himself an impressive début solo album, though one that rarely strays from what he’s best at. The album is packed with impressive hooks, big choruses and of course Ryan’s distinctive floaty, melancholic vocal style.

Hell of a Day starts off strong with “Be Kind, Rewind,” an absolute summer anthem. It’s a shame that Hell of a Day is released so late in the season, because “Be Kind, Rewind” is the kind of tune that sounds even better in a hazy, sun soaked atmosphere. This songs’ trumpets suit Hamilton’s voice perfectly and its a shame they aren’t utilised more heavily throughout the rest of the album.

Other highlights include “Four Letter Verb”, an emotional ode to a relationship growing stale. The lyrics tell a brilliant, believable tale that is backed up by upbeat guitar power chords twinned with twinkling background riffs. Hamilton’s voice fits these reflective, downbeat lyrics perfectly yet the positive pop style of the song almost make you forget what he’s actually singing. “Freak Flag” is another high point, featuring one of the best choruses on the release.

Hell of a Day is a very nostalgic album and that is never more obvious than on “Records and Needles”, an unabashed lyrical tribute to Hamilton’s rock n roll heroes included Elvis, John Lennon and Tom Petty. The song itself has an old fashioned sound to it with a brilliant, bluesy guitar riff and a  simple “Ba Ba Da” element to the chorus to boot. “Medicine” is another song with a rock ‘n’ roll feel to it featuring again a blusey, Chuck Berry inspired riff alongside a fun, cheerleader style chorus.

Most of the songs on Hell Of A Day are based around relationships; there are three references to love in the ten song titles alone. Though it’s a decent theme and Hamilton is capable of crafting some interesting lyrics around it, by the end of the album it does get a little draining, like a pop rock Ed Sheeran.

The only problems with Hell Of A Day are that it’s not really distinctive enough from People on Vacation to warrant being a separate project; add in some of his part time bandmate Jaret Reddick’s vocals and many of these songs could be Vacation releases. “Respond to my Email” is a particularly Reddick-ian song, with lines including “respond to my email you bitch,” “unfriended and blocked” and “I know you can check it you’ve got an iPhone and a MacBook Pro.” This comes off as childish and unsuitable for an album that is otherwise a fairly mature project.

Plus, whilst the highlights are very strong, the album does have several weaker points, like “Take It On The Run” and “I Love You A Lot;” these songs aren’t terrible, they’re just quite boring. They’re not innovative, there’s nothing interesting in the musicianship and whilst distinctive, Hamilton’s voice alone isn’t enough to carry a song with no other plus points.

Still, these aren’t massive criticisms of an album that is at the end of the day a very strong collection of well crafted pop rock tunes by a seasoned pro. Fans of any of Hamilton’s other work will find plenty to love on Hell of a Day as will any fan of emotional lyrics or big choruses.

Ryan Hamilton’s Hell Of A Day is released on the 24th of August through Fanny Pack Records. 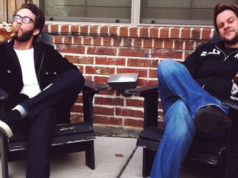 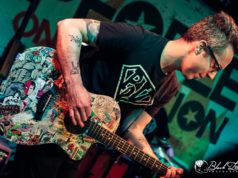 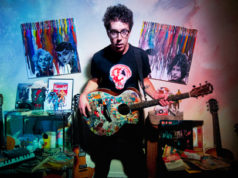 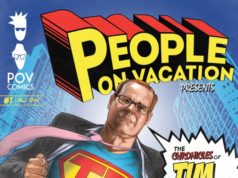 People On Vacation – The Chronicles Of Tim Powers 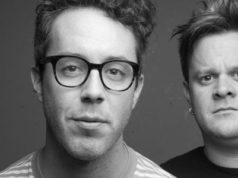 An Interview With People On Vacation’s Ryan Hamilton