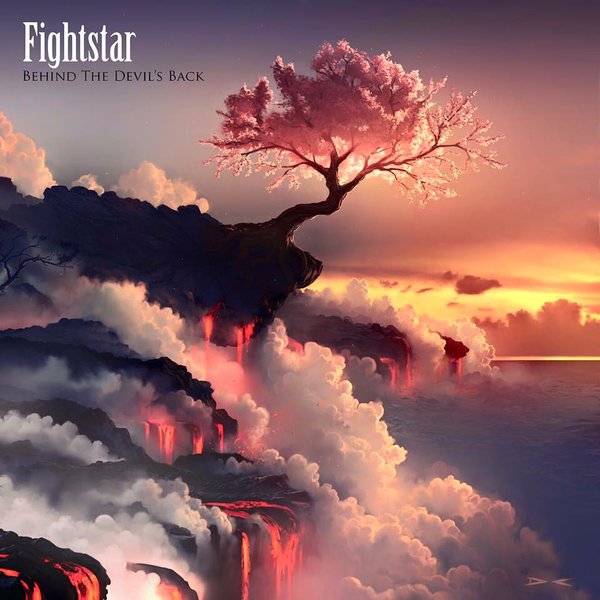 Overall Score: 10/10 Vocals: 9/10 Consistency: 10/10 Progression: 10/10 Pros: The best parts of everything they’ve released so far | Influence from other projects improves it further Cons: The increased use of electronics may put off those hoping for more straight-up heavy songs

The members of Fightstar have been busy boys during their 5 year hiatus after the release of 2009’s stellar Be Human. While Charlie Simpson had to keep fending off Busted reunion rumours he released two solo albums, played the world’s coldest gig in Siberia and wrote a song with the remote San Bushmen as part of Watch’s TV series, ‘Singing in the Rainforest’. Meanwhile, Al Westaway and Dan Haigh have been going in a completely different direction with 80s synthwave throwbacks Gunship, releasing their debut album earlier this year. After celebrating the 10th anniversary of the band with some initial one-off shows, the band decided there was enough creativity between them to create a whole new album. And thus, Fightstar were well and truly back with their new album, Behind The Devil’s Back.

From the off it’s clear that the band’s previous efforts and projects have all been pooled together to created something altogether greater than the sum of its parts. The band fuses the alt metal-esque sounds of early EP They Liked You Better When You Were Dead and Grand Unification with the chugging post-hardcore/metalcore riffs of Be Human (something that becomes all too clear with tracks like “Sharp Tongue” and the phenomenal “Titan”), and combines this with the ever improving hook writing ability of Charlie Simpson, learned with Busted and honed with his solo output, and also with the ethereal electronics of Gunship. As a result, this is still the Fightstar you all know and love but with some all new flashes of brilliance unheard of before in their music.

The Gunship style synths are a constant presence in this album, with tracks such as “Overdrive” in particular highlighting Westaway’s and Haigh’s increased input and “Animal” bringing up the ongoing contrast of heavy sections with long melodic and atmospheric passages while “Murder All Over” harks back to songs like “Speak Up” from They Liked You Better When You Were Dead, giving Westaway more of a lead vocal role, while the alternation between atmospheric, The Birthday Massacre-esque verses and bouncing alt-metal riffs drives the song to a whole new level. As with previous releases, there is always one more accessible release nested into the album (see “Mercury Summer”, for example) and this time, the title goes to “Overdrive”, which is almost pure upbeat progressive rock with the occasional heavy riff thrown in for good measure before the 80s synth fuelled rock that fills the second half of the album.

There are no songs which are purely “light” or “heavy” on this album, which may lead to some concerns about whether the album will be too similar throughout. The most radio-friendly track, “Overdrive”, still contains its odd moments of chugging riffs while the heaviest track (as well as album highlight), “Titan”, shifts between full throttle Fightstar and soaring choruses seamlessly. The band has managed to strike a way to perfectly balance out the heavy and the light in all kinds of different ways on Behind The Devil’s Back and this makes every track stand out in its own way. While some people may not appreciate the lack of a “Deathcar” or a “Damocles” moment on this album, this is hardly going to be a problem for the majority of fans, who will always find at least one song they’re going to love on this album.

Overall, it has to be said that this may well be the best album of Fightstar’s career so far. After so long out there may well have been concerns that a comeback won’t live up to their successful discography, but these doubts have been well and truly laid to rest with an absolutely flawless effort. Charlie’s vocals are on top form, Omar Abidi’s drumming is as fantastic as ever, and the increased contributions from Al and Dan have been that final ingredient Fightstar have needed to really break out as the standard bearers for British post-hardcore. With rumours of a Busted reunion refusing to dissipate, one can only hope that Behind The Devil’s Back can be enough of a commercial success to well and truly lay those rumours to rest and allow Fightstar to step out of the shadow of Charlie Simpson’s pop past.

Fightstar’s new album Behind The Devil’s Back is out on October 16 via their own label, before they commence their UK tour on October 17. Follow the band on Facebook for the latest news and tour dates.