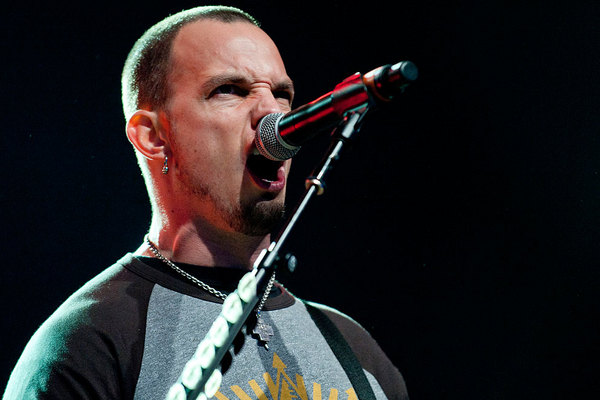 Mark Tremonti is undeniably one of the most well-known guitarists in the rock world. Be it with Creed, Alter Bridge or most recently his own Tremonti solo project, his riffs and solos are known the world over. With a brand new album, Cauterize, to promote, we caught up with Mark earlier this year at a time when the Tremonti project was out on the road with all guns blazing on the festival circuit. They were “trying to keep as busy as we can,” with successful appearances at some of the major US festivals in the bag, such as Rock On The Range and Carolina Rebellion plus others whose names escaped him at the time.

When asked if being on the same festival circuit on both sides of the Atlantic as his good friend and Alter Bridge bandmate Myles Kennedy but not being together was strange, he had only positive things to say. “No I think it’s great! It’s been like that the whole summer you know at a lot of these festivals, he’ll see me side stage and wave to me and I’ll see him side stage and wave to him, it’s good.” On the subject of whether Myles, or indeed Slash, might make an appearance during his set that day, he talked about how he enjoys such collaborations but there’s an appropriate time and place for them. “If it’s a headline show with a full set, then sure, but when it’s a festival set you gotta hit ’em with your 40 minutes of your own stuff so it doesn’t happen at the festivals.”

With the focus very much at the moment on pushing the Tremonti band (and brand), how has Mark felt about their second album, Cauterize? He seems delighted. “I’m very happy with it, absolutely,” he exclaims. “We worked real hard on it and the response has been amazing.” As the conversation develops, it is clear that being able to spend more time on this album and debut All I Was is a factor that has helped greatly. “We spent a tonne of time in pre-production which we had no time to do on the first record. On the first record, we pretty much went in and recorded songs, but this time we sat down with Elvis and tore the songs apart and put them back together in a million different ways. We took our time and recorded 20 songs.”

With only half of those twenty songs appearing on Cauterize, does that mean there’s another album soon to be in the works? “The next one is already done, it’s already mastered. As soon as we feel like the fans have gotten hold of this record and digested it and they’re ready for something else, then we’ll be putting it out.” Indications since this interview took place are that this new album may see the light of day in Spring 2016, which, whilst not quite the Christmas 2015 release Mark initially discussed, would still be a quick release for the next album, given Cauterize is still only six months old to listeners’ ears. Having hit the European festival circuit as well as across America on a co-headline tour with Trivium, and now across Europe with the tour hitting UK soil any day now, the Tremonti band are hell-bent on making sure that the album is heard by as many people as possible.

Though our short time with Mark was very much about the promotion of Tremonti’s current activities, there was still time for a bit of discussion about favourite metal bands old and new. “Byzantine is the one at the moment when I’m driving in the car,” he grins. “I was listening to satellite radio and I heard this band Byzantine, so I downloaded both their albums and I love it. Since then, we’ve gone back and forth on Twitter with exchanges like, ‘Hey I love you! We should tour!'” The last question we put to him was about his favourite classic thrash metal album, a question which saw one of the world’s greatest guitarists scratch his head in deep concentration. “That’s tough, man! Nuclear Assault – Game Over is a great one. All the speed metal stuff is still my favourite — Metallica, Testament, Anthrax and Megadeth. Man I love Testament!”

Mark’s passion for music is clearly as high as it ever has been, both in terms of his own work and the work of his favourite bands and his current contemporaries. Alter Bridge will regroup at some point in early 2016 to put the wheels in motion for what could be called “AB5”, before Myles and Mark will part ways once again to resume activities with Slash and Tremonti. With potentially new Tremonti and new Alter Bridge albums going to be released in 2016, it will be one busy year for Mark Tremonti. We can’t wait to see how it turns out.

Catch Tremonti On Their December 2015 UK Headline Tour at the following locations:

Remaining tickets are available from www.seetickets.com and the other usual online ticket websites.