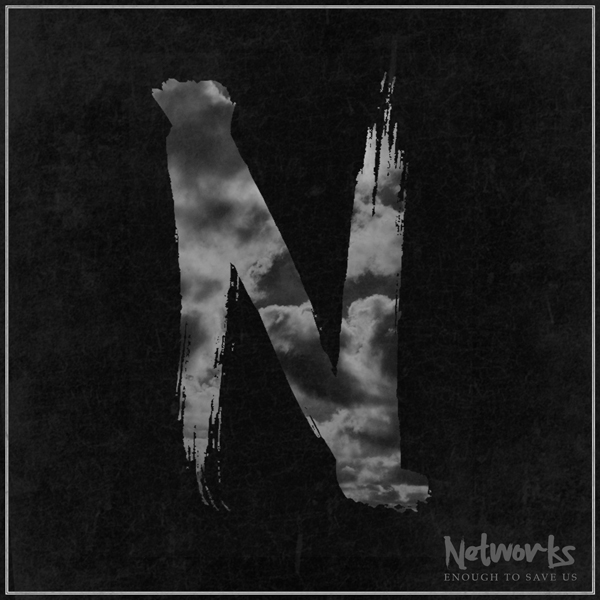 Networks’ debut EP lays their defences at the gates, willing to take on the world’s resentment with razor-sharp knuckles, blistered fingers and shredded vocal cords. The melodic metalcore army adds another doom-heralding advocate to its number, in the guise of a Portsmouth quartet hell-bent on plucking the genre straight out of its comfort zone.

Establishing a towering post-apocalyptic atmosphere from the onset, ‘Wires’ debuts its unrelenting rage as vocalist Sean Kelly‘s range searches for answers and refuses to be held back. A few brief seconds of optimistic electric guitar melody soon descend into their brand of relentless perversion.

In contrast, the soothing opening to ‘End of an Era’ puts devastating pen to paper as pain flows through its skeleton, unforgiving in its reflection of its condition. “This is the end of an era, when we will live our fucking lives?” Sean queries, providing a disparaging presence of an unfettered anguish that’s only just seen the light of day.

The relentless tones of ‘Darker Truth’ and the trudging hooks provided by guitarist Joe Soar demonstrate the descent of sanity and tolerance, devastated by the misplacement of trust as it ironically hurls a number of false end silences. Setting a scene of confrontational despair, closer ‘Enough to Save Us’ heralds the time to face the critics, accompanied by a foreboding slapping bass and the sticksmanship of Harry Fielder smashing away as if his life depends on it.

It’s nothing earth-shatteringly new, but it’s certainly wall-blasting, eardrum-savaging and roof-raising. Dragging metalcore bound and gagged to the furthest reaches of its parameters and selling its soul to the afterworld, Networks have proved to be natural negotiators without a clean vocalist or acoustic interlude in sight, clearly asserting that this debut EP is more than ‘Enough to Save Us’ from the brink of monotony.