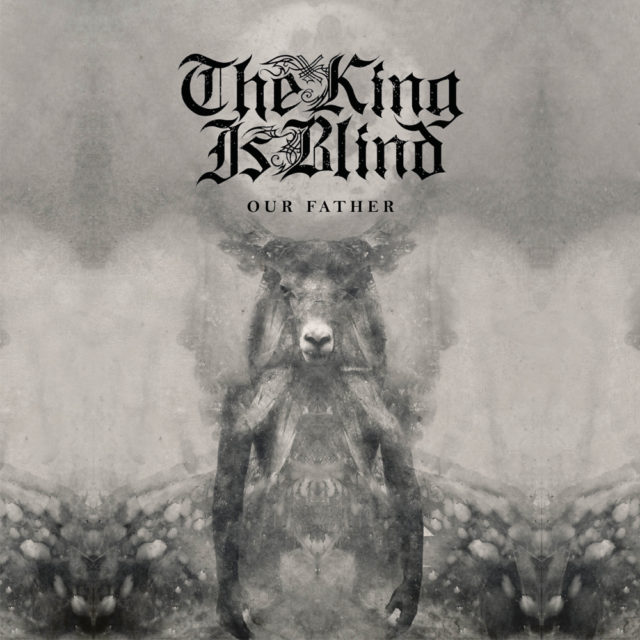 Since forming in 2013, Essex’s The King Is Blind have been making ripples in the UK’s extreme metal underground. Two years on from 2014’s The Deficiencies of Man EP, the band are ready to unleash their debut full length record, Our Father. Does this debut record inject fresh life into Britain’s blossoming modern extreme metal scene or does it get lost in the crowd?

One thing is certain with Our Father, this record is an absolute savage death metal assault. From the opening barrage of riffs in Geneis Refracted, The King Is Blind set the tone at an instant; filthy, raw and ferocious death metal. Standing at just over two minutes, the opener to the record serves to give the listener a glimpse at what this record contains and the transition into Fragility Becomes Wrath is so seamless you’d assume it is one track. As Fragility Becomes Wrath lays waste to your ears, the talent of the band begins to emerge. There is enough hooks to captivate anyone with an ear for quality musicianship and the track presents a filthy slab of death metal that easily sits well in the stomach of fans to the scene.

Perhaps what is most intriguing about The King Is Blind is their fusion of both doom and old school death metal. Mors Somnis operatic opener followed by solitary guitar tones before unleashing Steve Tovey’s venomous snarls represents a track of utter bleakness. With a blend of two rather contrasting styles, it enables the record to offer a intriguing and refreshing balance of pace throughout. There are tracks that are viciously fast, resembling that of Deicide, and there are tracks that slowly pound the listener into oblivion. Closing track Mesmeric Furnace stands at a meaty nine and a half minutes and showcases the true talent of the band with riffs balanced finely on speed. It’s bleak, it’s gritty, and fits the tone and style of metal’s extreme in grand fashion.

Whilst sticking firmly to the trademark characteristics of old school death metal and doom, there is enough unique quality that enables each of the four members of the band to truly shine. Consistently slick riffs on Bloodlet Ascension from Lee Appleton and Paul Ryan is reminiscent of Carcass yet still proudly screams it’s own name whilst For All The Daemons Are Here boasts a monstrous vocal display Steve Tovey. It’s impressive that the record is so firmly rooted in sticking to the old school tradition whilst still defiantly screaming their own signature sound.

Our Father is an absolutely outstanding debut from The King Is Blind. The UK’s extreme metal scene has been consistently pumping out quality bands over the last five years and with the competition setting the standard at an all time high, it’s incredibly impressive that The King Is Blind has rose to the challenge and presented a record of utterly crushing doom fused death metal. If this is anything to go by, then the band will go onto ruling the roost of Britain’s extreme.

Our Father is out now on Cacophonous Records. Follow The King Is Blind on Twitter at @TheKingIsBlind.

Video Of The Week (22nd August) – While She Sleeps, The King Is Blind, Helpless and More