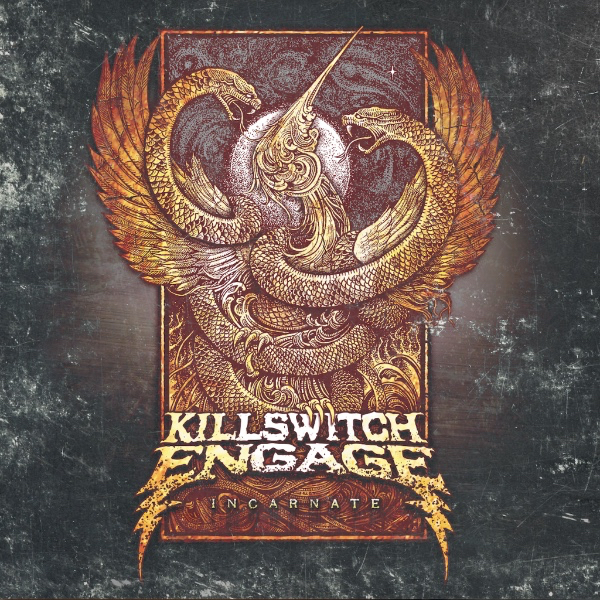 Killswitch Engage as a band coming into the recording process for Incarnate were in as good a position as they’ve been in their whole career. The reunion with Jesse Leach was an overwhelming success, last album Disarm The Descent was received very well by both fans and press and their live shows with Jesse (in particular, one very special show at Shepherds Bush Empire in London) have been bordering on legendary. So the pressure was on to continue this form with their second album of the “Jesse Years, part 2”.

On initial inspection, Incarnate does not have a song where a listener might think “instant hit”, as with In Due Time from Disarm The Descent. Given two or three more listens, the albums qualities shine through in abundance. Songs such as Hate By Design and especially Cut Me Loose showcase the full range of exactly what Mr Leach is capable of. The rest of the band haven’t exactly been slouching either, with some monstrous riffs from the always dependable and inventive Adam D and Joel Stroetzel. Just Let Go sees Justin Foley doing just that, with his feet flying on the double pedals throughout, just one example of highly enjoyable drumming throughout.

Continuing through the album and the quality doesn’t drop off at all. Embrace The Journey…Upraised features a great bass line from Mike D’Antonio and is one of the heaviest Killswitch Engage songs to surface since the early days of the band. Until The Day I Die is full of rich vocal hooks with the whole band ripping along at top speed, while the closing track Ascension is a foreboding number with riffs full of dark undertones and a parting cry of “Your time will come!”.

Even after the very first listen, one thing about Incarnate is hugely apparent; That Jesse Leach has surpassed himself with a performance of the very highest quality. The control, depth of tone, variety of vocal styles and clarity of his voice has led to a performance that is unlikely to be topped by another metal singer in 2016. The album’s lyrical content has a very personalised theme to it, with Jesse having commented that this has been the most introspective album he’s contributed lyrics to so far. This may also explain just why his vocals are SO good on this album, as the listener can hear the feeling and emotional behind almost every single word.

Anyone who thought Disarm The Descent might be a one off for the reborn Killswitch Engage can cast those thoughts away right now. They have made an album full of quality with memorable songs and great performances throughout. This album should see them continue onto more and more success, which they thoroughly deserve.

Incarnate is out now on Roadrunner Records.