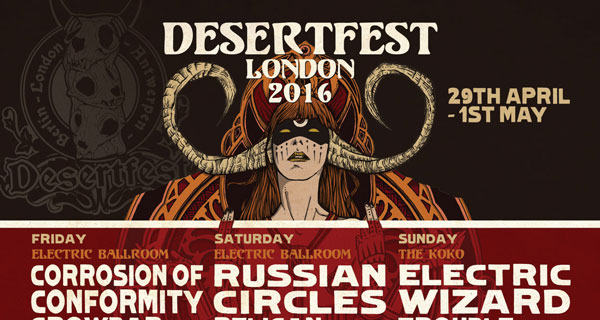 Something about stepping out of the mid afternoon sun of Camden Town, and into the dark, strobe-lit confines of the Electric Ballroom feels a little counter intuitive, but the venue is packed early for Desertfest day two to catch monolithic British doom-mongers Conan [7]. If slow and heavy is your thing, Conan may well be the band for you – dissonant, sludgy chords, floor-shaking bass and the vicious double vocal onslaught of Jon Davis and Chris Fielding, hoodies shadowing their faces in an almost monastic way, make for a brutal start to the day. In between songs, Davis is characteristically reserved and humble, in stark contrast to his abrasive, aggressive guitar work. Bizarrely for such a conventionally brutal band, the result is a set that is almost meditative, especially on a handful of well received tracks from new album Revengeance.

Next up are Truckfighters [7.5], who perfectly embody the Scandinavian stoner rock sound that’s become popular in recent years. The band are undeniably heavy, but its not ‘metal’ as such – this is a live performance that reveals a band who have good old fashioned rock’n’roll at their core. Despite this, Truckfighters have a diverse range of influences, with a style that blends the quintessential desert rock sound with the dark psychedelia of bands like Tool. The energy in the room is palpable as guitarist Niklas ‘Dango’ Källgren (definitely by far the most energetic performer of the weekend) hurls himself manically around the stage, tearing room-filling rock’n’roll riffs out of an old school Gibson SG. Unfortunately, slightly sloppy vocals let energy drop at times, but after so many oppressively heavy doom bands, Truckfighters stand out for simply being great fun to watch.

As Chicago’s Pelican [7] takes to the stage, the atmosphere has shifted dramatically – the beer-guzzling rock’n’roll maniacs are seeking their kicks elsewhere tonight, and the Electric Ballroom instead plays host to a sea of prog-heads. Pelican wash over the Electric Ballroom in a wave of expansive, ethereal chord progressions and intricate harmonies, pausing only to utter a few words of thanks to the audience. Impressive musicianship comes with the territory in post-rock, and these guys are no exceptions, proving that instrumental rock doesn’t need vocals to be a memorable and enjoyable experience as the band guide the audience through the cathartic peaks and emotive troughs of their music.

However, tonight’s headliners Russian Circles [9] are an absolute education in instrumental rock music. The band stand stock still on stage, illuminated from behind in an otherworldly glow. They deliver for a full hour and a quarter, without so much as a break to address the crowd until the final song. Russian Circles have a reputation for exceptional musicianship, but the tightness and precision with which they perform is a cut above the norm, even at a festival with such a remarkable lineup. Brian Cook’s pummelling, heavy bass and floor-shakingly heavy sythensizer work strikes the crowd like a punch, whilst Mike Sullivan’s atmospheric guitar work is reminiscent of ISIS or Opeth. Like the best post-rock bands, Russian Circles are positively transcendental, and the house lights that announce the end of the set reveal a dazed crowd, stumbling off to finish the second night of Desertfest 2016 at The Black Heart or The Devonshire Arms.

If you missed our coverage of the excellent first day of Desertfest 2016 then please check out the review of that here featuring Corrosion Of Conformity, Crowbar and more. Stay tuned for the review of the final day’s action coming to Rock Sins very soon. 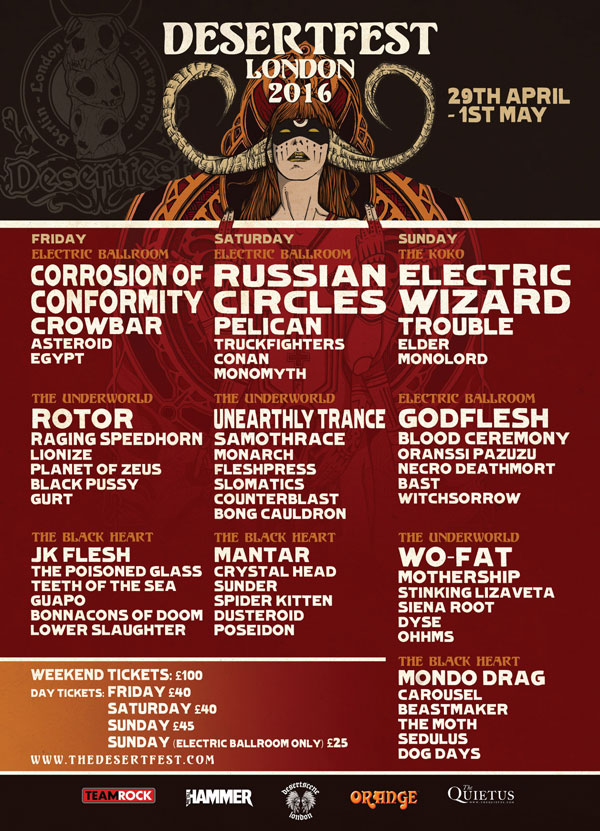 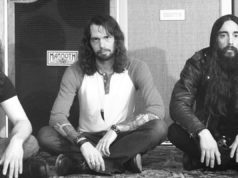 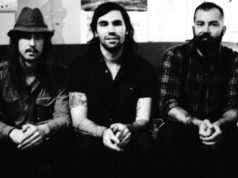 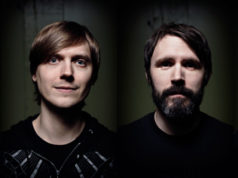