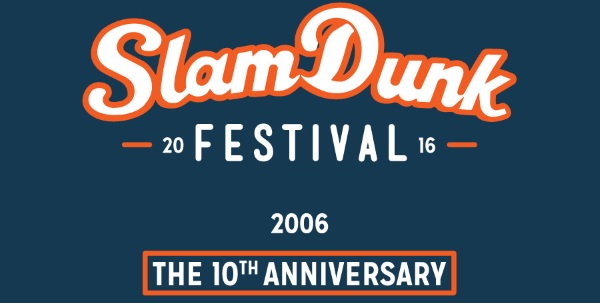 Three venues (including one new bigger one), eight stages and almost seventy bands. Put them all together and you have the recipe for success at the Slam Dunk Festival triple header for 2016!

From our headliners Panic! At The Disco to Creeper, and from Young Guns to Heart Of A Coward, there are acts on the bill to fit the tastes of most people. Here’s our pick of five of the best (including some we’ve already mentioned):

You know exactly what you’re getting from Canada’s finest punk rockers. Fearsome stage presence from Liam Cormier and a bucketful of tunes designed to incite people to go batshit. A band who don’t know how to be anything other than brilliant live, they’re gonna lay waste to yet another UK festival at Slam Dunk. Bring your dancin’ shoes.

Heart Of A Coward

Keeping with the heavy side of things, Heart Of A Coward’s brand of metalcore is among the finest going. Newest album Deliverance honed their already tempered sound with a new degree of brutality and finesse, and with a superb frontman in Jamie Graham, they could be one of the acts of the festival.

From Milton Keynes to Brisbane and from Heart Of A Coward to The Amity Affliction. The Aussie natives have been maving serious waves ever since Let The Ocean Take Me landed in the middle of 2014 and 2016 seems set to be their best year yet! Hear songs like Pittsburgh in the flesh this weekend and you’ll be glad you checked out The Amity Affliction.

Slam Dunk 2016’s sub-headliners are pop punk royalty in the shape of Florida natives New Found Glory. They’ve always enjoyed success in the UK for the better part of fifteen years ever since My Friends Over You disturbed the UK top 40 back in 2002. They’ve played with everyone from Paramore to letlive. and have always delivered the goods live. Hatfield, Birmingham and Leeds are set for an hour plus of pure pop punk singalong goodness. It’s definitely not All Downhill From Here…

The crown princes of darkness for the new generation, Creeper have been at the head of the new grave queue alongside their Slam Dunk stage buddies New Years Day and fellow Kerrang mainstays Ashestoangels, and fully deserve all accolades coming their way. Having taken the stage and impressed fans of everyone from Funeral For A Friend to Andy Black (most recently as a few days ago) and picked up new legions of admirers wherever they go, Creeper are a band seriously on the rise. No one would bet against them being high up the Slam Dunk main stage this time next year.

So there we have just 5 of the brilliant bands playing this years’ Slam Dunk Festival. The events in Leeds (north) and Hatfield (south) are completely sold out and there are just a tiny handful of tickets left for Birmingham (midlands). Please visit the official festival website www.slamdunkmusic.com/festival to see if there are any tickets remaining by the time you read this – and act quickly to snap them up if there are! We don’t think you’ll regret it! 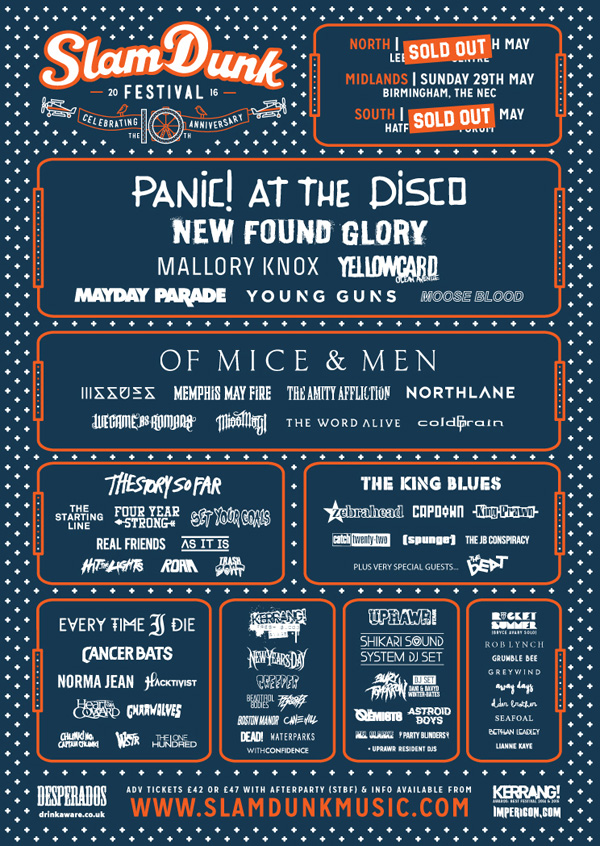