Embers of Eden triumphed in last weeks’ video of the week contest and now it’s time for another five bands to submit themselves to the mercy of the Rock Sins readership for this weeks’ vote!

First off the blocks are longtime favourites of ours here at Rock sins, power metal superstars Kamelot, who return with a video for the brilliant “My Therapy”. Touching on issues that affect an awful lot of people, including we’re sure many who may read this, the video for My Therapy is a powerful one that needs to be seen.

Next up are homegrown rockers Staring Out The Sun, with the hugely clever video for Where Are We. We don’t know too many people who won’t have dreamed of doing something like what takes place in this video – although we’ve never seen such a lethal nerf gun before.

Joining Staring Out The Sun and Kamelot are another UK band, female trio iDestroy, with their new single and video for State Of The Art. These girls have some serious attitude and it won’t be long before some very important people in the industry are looking at these three with great interest.

Former nightwish singer Tarja is our next participant this week as she announces the beginning of the build up to her new album The Brightest Void with it’s first single, No Bitter End. Keep your ears open for an appearance behind the drum kit from RHCP’s sticksman Chad Smith too!

Lastly, a good old fashioned dose of Californian thrash metal from Death Angel! Their new album The Evil Divide is only three weeks away and so they have decided to unleash a brand new track and accompanying video in the shape of Hatred United / United Hate. Prepare to bang your heads!

Who wins? As usual it’s down to you guys!

Staring Out The Sun – Where Are We

iDestroy – State Of The Art 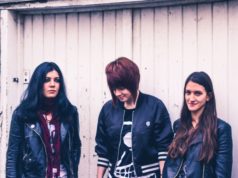 Video Of The Week (8th March) – Dimmu Borgir, The Temperance Movement, From Ashes To New and more 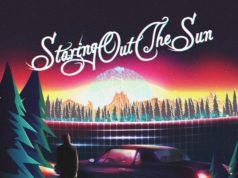 Staring Out The Sun – Dawn