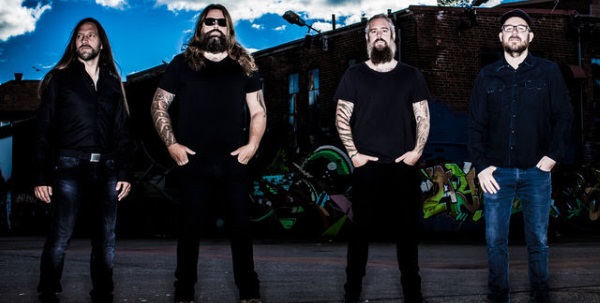 Having spent a good portion of their career releasing highly successful albums like Colony and Reroute To Remain through Nuclear Blast Records, Swedish metal legends In Flames have decided the time is right to return home to Nuclear Blast.

The Gothenburg natives, who helped define the legendary Gothenburg sound named after their hometown, are currently working on a new live DVD as their first release back in the Nuclear Blast family. Both the band and the label are very excited about renewing ties, firstly here’s In Flames main man Anders Friden:

“In a way, IN FLAMES and Nuclear Blast share a similar story. Both started in a garage in Europe, both love metal and both have grown a lot bigger over the years. For these reasons, it seemed a natural fit to come back to the place it all started.”

Nuclear Blast CEO Markus Staiger is even more enthusiastic about having one of Sweden’s best known metal exports back in the fold:

“We’re enormously happy that IN FLAMES decided to return and trust in us for the second time – Nuclear Blast is their home again from now on. I remember well how their debut album, ‘Lunar Strain’, inspired me back in the days. I was totally fascinated by their great and absolutely unique blend of death metal with delicate melodies. One year later, IN FLAMES signed with us and released eight splendid records over the years, including groundbreaking classics such as ‘Whoracle’, ‘Clayman’, and ‘Reroute To Remain’. IN FLAMES developed all the time, reinvented themselves again and again and enthused fans of various genres with their always innovative sound. We’re looking forward to the common future with Anders, Björn, Peter, and Niclas.”

Currently the band are without a drummer, following the retirement of Daniel Svensson. News on a new drummer and future releases will of course be reported here at Rock Sins.