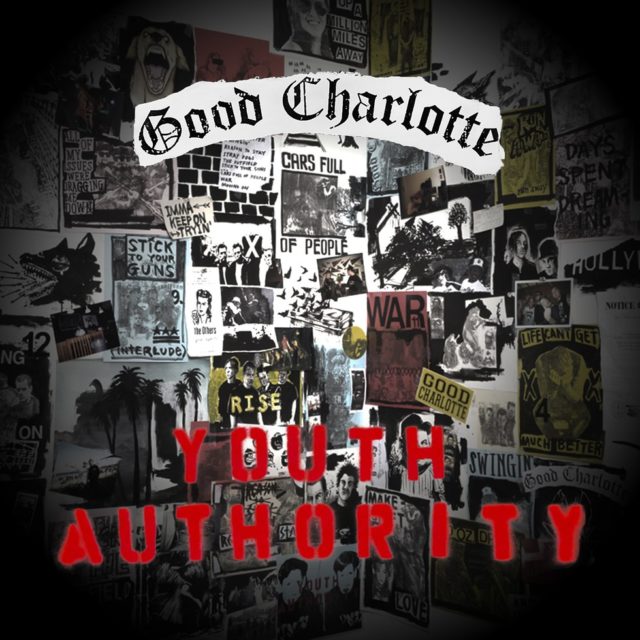 It’s been six years since Good Charlotte’s last album, Cardiology. After the release and touring cycle of that album, the band announced a hiatus that would stretch from September, 2011 to November of last year. In the time since announcing their return they’ve been putting together Youth Authority, their brand new album that eschews the synthpop influence apparent on the bands last few releases, opting instead for a return to pop punk stylings that brought them mainstream success in the early noughties.

This gear shift is apparent from the very first seconds of the first track Life Changes. Whereas the opener to Cardiology is a 50 second ambient introductory piece, here the band waste no time on gearing up, heading straight in with the rough feedback of a guitar being plugged into an amplifier before a fast paced strum of chords blare out.

That said, this isn’t a total back to basics. Good Charlotte do well not to discard all the pop sensibility they’ve learned in the twenty plus years’ experience they’ve garnered; the structure of some tracks like “Makeshift Love” dabbles with using alternative instrumentation – there’s a drum machine on the pre chorus and some delicate acoustic guitar provides the intro. Undeniably, these touches elevate the song beyond just another Good Charlotte banger and give it a little more substance. Touring with All Time Low last fall seems to have had an effect on the bands songwriting too, as many moments on the album recall some of the American bands last few releases, with a somewhat glossy production sheen applied to the pop punk formula.

With its tongue in cheek pop culture references and chugging guitar part, the tune 40oz Dream bares a strong resemblance to Bowling For Soup’s track 1985. Unfortunately, whilst the songs “back in my day” concept has merit, it is one of the simplest songs on the album and lines like “When it was Gin and Juice and we had Dre and Snoop / In California yeah they still knew how to throw a party” and “called my mum and she was taking selfies” come off as deeply out of touch rather than funny or sentimental.

The album has two guest appearances and they come one after the other in the middle of the tracklist. “Keep Swingin’” features Sleeping with Sirens’ Kellin Quinn, whilst Simon Neil of Biffy Clyro fame stops by to lend his vocals to “Reason to Stay”.  Though neither of these tracks give writing credits to the guest artists, the music leans further towards the guest vocalist’s oeuvre than the Madden brothers usual output, with “Keep Swinging” featuring the swelling orchestral moments found on several SWS songs and “Reason to Stay’s” reverb heavy marching band drums and ‘whoa-oh’ moments leaning towards the anthemic style that marks the best of Biffy Clyro’s work.

Slower moments in albums like this one do not always work, but the Madden brothers have an ear for a melody and the slower ballad style songs “Cars Full of People” and “Life Can’t Get Much Better” are some standouts in this album, with powerful vocal performances and happy go lucky choruses that feature a positive and outlook on the world offering up some of the most emotional and inspirational moments on the album.

The reunion album is always a tricky one that more often than not fails to live up to the bands previous standard. Youth Authority doesn’t  exactly break this chain – but that doesn’t mean it’s a bad album. The return to roots style of several songs on the record  works well and embracing the nostalgic value that comes naturally from a new Good Charlotte release does them a world of favours.  The weakest points come when they try to modernise their sound but tracks like “Cars Full of People” and “Stray Dogs” are absolutely massive songs that earn their place within the pantheon of Good Charlotte bangers. Unlike many post reunion releases, Youth Authority is absolutely worth a listen. 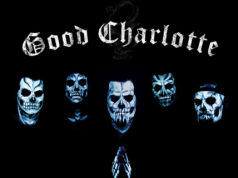 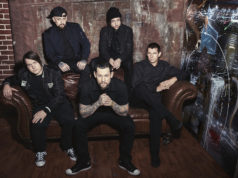