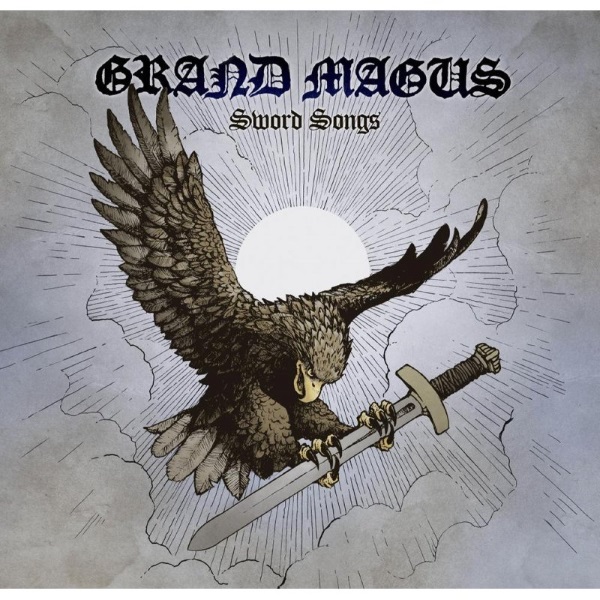 With their eighth album, Sword Songs, Swedish metal trio Grand Magus have built on their well established formula and made a few tweaks. It’s still the bombastic sound one has come to expect from Grand Magus on albums such as Hammer of the North, but there’s some added touches of subtlety to go with the balls to the wall metal influenced by the greats such as Priest and Sabbath.

Opener Freja’s Choice is excellent, with meaty riffwork to get stuck into from the outset and a notable drumming contribution from “Ludde” Witt. Varangian sounds like it could easily be a battle anthem for a horde of vikings, while Master Of The Land’s dark undertones contrast with Grand Magus’s usual upbeat sound, but in a very effective way.

Towards the end of the album, the instrumental Hugr is understated and doesn’t out stay its welcome, quickly giving way to the concluding Every Day There’s A Battle To Fight. While perfectly functional, this song lacks some of the oomph of what has gone before it, so it leaves the album concluding on a slightly flat note.

Returning to the positive, the highlight of the album would have to be the epically titled Forged In Iron, Crowned In Steel. A slow building intro quickly gives way to a riff that will grab the listener instantly. JB’s vocals soar throughout, particularly in the chorus with its cries of “Viking Metal!” and is an absolute certainty to become a live favourite.

Whilst not completely able to sustain the real high quality they hit at certain parts of the album all the way through, Grand Magus should be very proud of their latest work. Sword Songs is an album that pays homage to the past while remaining very relevant in the present and should be enjoyed for years to come.

Sword Songs is out now on Nuclear Blast Records.