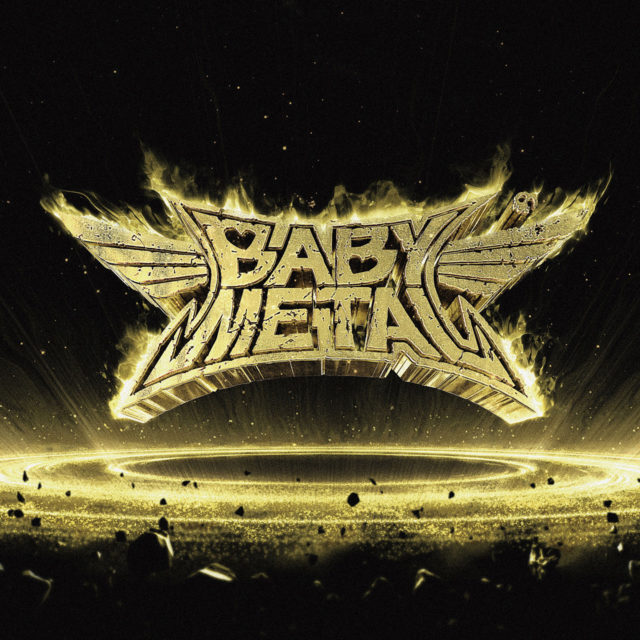 Babymetal. I’m sure you’ve heard that name by now. The young J-Pop idols singing cute and innocent lyrics about chocolate and bubblegum over blastbeats and shredding guitar solos have created a major stir in the western world, both in the mainstream and in the rock and metal scene, with their self-titled debut album in 2014. As such, following appearances at some of the world’s biggest festivals and a support spot for Lady Gaga, there was a great deal of expectation for their sophomore effort, “Metal Resistance”, which was released in April this year. Whether they could continue with their unique blend of metal and J-Pop without growing stale was the main question and for the most part, they’ve pulled it off.

The backing band, which rotates its studio roll call and songwriters so much that it’s difficult to keep track of them all, have done a fantastic job of mixing up the styles heard on “Metal Resistance”. Straight away we’re treated to a triple-salvo of power metal opener ‘Road of Resistance’ (co-written by and featuring DragonForce’s Sam Totman and Herman Li), modern metal crusher and catchy-as-hell ‘KARATE’ and even a moment of digital hardcore madness with ‘Awadama Fever’ (written by Mad Capsule Markets’ Takeshi Ueda). Despite this rapid run through styles, the glue holding it all together, the trio of Suzuka Nakamoto, Yui Mizuno and Moa Kikuchi, bring the J-Pop influences through with enough consistency to avoid the changes becoming too jarring – especially with the manic ‘Tales of the Destinies’ closing the album.

Unfortunately, a few tracks on the album do fall short of the mark. Folk metal inspired ‘Meta Taro’ feels too repetitive and forgettable for Babymetal’s normal standards while ‘Amore’ feels a bit too similar to the power metal driven tracks of the self-titled debut. ‘No Rain, No Rainbow’ also lacks something to make it truly memorable. For its interesting instrumental moments bordering on black metal, ‘Sis. Anger’ also falls short vocally.

After ‘KARATE’, however, the real highlights come towards the end of the album. Nakamoto’s performance on ‘From Dusk Til Dawn’ is awe-inspiring while Kikuchi and Mizuno team up well as Black Babymetal on the nu metal juggernaut of ‘GJ!’, following on from their pair-up on ‘Onedari Daisakusen’ from “Babymetal”. With both ‘KARATE’ and ‘GJ!’ written by Yuyoyuppe, maybe the band’s management should consider more collaborations with him in the future.

It’s fairly obvious that the people behind Babymetal have brought in the best available musicians and songwriters possible for this album, as everything is such a step up from the first album. As enjoyable as it was, the formula for blending J-Pop and metal was still imperfect and, while it still needs work, it’s a lot closer to striking the right notes in this album. Things are no longer just a novelty now and people will be listening for musical merit.

Babymetal To Support Metallica On 2017 Worldwired Tour Show In Korea