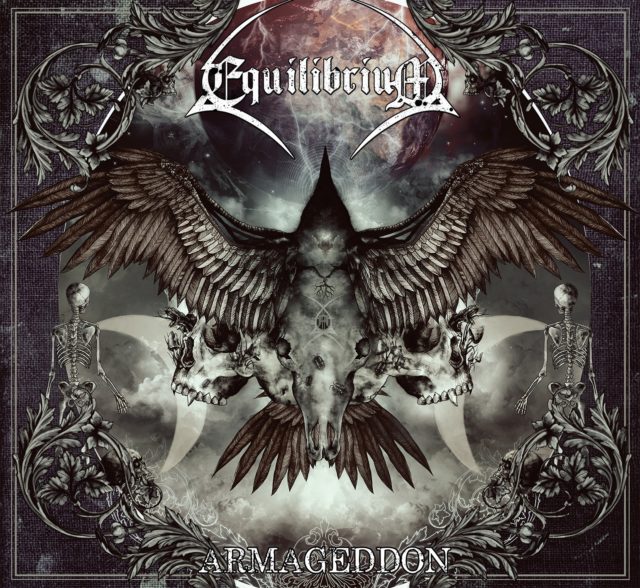 Equilibrium have had a few changes of late. The release of their well-received ‘Erdentempel’ album in 2014 also came with the departures of founding guitarist and bassist Andreas Völkl and Sandra van Eldik. Replacements were found in Nothgard guitarist Dom R Crey and bassist Jen Majura, although the latter would only stay for a year before joining gothic nu metallers Evanescence, so Makki Solvalt came in instead. These rapid changes could sometimes disrupt the rhythm of a band, however, Equilibrium have pushed through and produced another solid entry to their catalogue, 2016’s ‘Armageddon’.

The structure of the ‘Armageddon’ is very typical Equilibrium with the opening track being mostly instrumental, however, the more lighthearted moments (such as ‘Erdentempel’ track “Wirtshaus Gaudi”) are more or less absent from this album. The presence of Dom R Crey seems to have meant that the band have moved more into melodic death metal territory than the black metal that usually lines their pagan/folk metal assault too, in particular, the track “Prey” seems to come straight from the Dethklok school of songwriting. Robse even sounds a little like Nathan Explosion. The lack of Robse’s black metal shrieks (aside from a few moments, such as the one black metal track “Zum Horizont”) may feel like a disappointment to some but the death metal sound provides a much more punishing sound that suits what the band are trying to achieve.

One thing that Equilibrium always does, and always does well, is the folk music that elevates the tracks. “Heimat” includes some beautiful folk arrangements underneath the crushing guitars which completely transform the song when given the spotlight, while the instrumentation on “Rise Again” gives the track a quirky extra factor which is hard to describe, but enjoyable nonetheless. There is one track which slightly subdues the folk elements somewhat, and that’s the aforementioned Dethklok-esque “Prey”. Even though it stands out in that regard, it sits as a highlight of the album despite the poor English lyrics. The grooves and melodies that Dom R Crey and René Berthiaume deliver are absolutely devastating, and the subtle symphonics in the background give it an air of epicness which most other tracks seem to have lacked this time out. Only the outstanding closer “Eternal Destination” seems to come close in this regard.

The most controversial moment, though, has to be middle track “Born to be Epic”. Along with the poor and at times cringeworthy English lyrics, the song includes a very electronic sounding flute break in it which many fans reacted negatively to upon its release last month. Although it’s been derided as “dubstep” or coined as “flutestep” or “folkstep” by detractors, it’s not the sort of thing the band have generally shyed away from in the past and this moment of madness helps to remind you this is the same band that released “Wirtshaus Gaudi” in 2014. The most bizarre track, though, has to be “Helden”. Beginning with an almost Rammstein like industrial intro, the track moves into typical Equilibrium flare before oddly shooting off on an 8-bit tangent, with Super Mario Bros samples and other video game sounds being brought to the fore. This utterly bizarre track is just baffling upon first listen, but once you get into it, you can’t help but love its unusual shifts.

There aren’t too many negatives with the album overall aside from “Born to be Epic”, though. With English not being their native language, you can forgive them for not writing the best English lyrics. However, they will need a lot of work if they’re going to become a regular feature on their albums. The album also just seems to blend into each other at times, with few tracks able to truly stand out.

For Equilibrium purists, this may not be the album you wanted. It’s a comfortable entry into their discography albeit nothing that will truly stand out, and the move towards death metal may detract those that miss the fast paced black metal riffing and Robse shrieks of old. But, for newer fans and more open Equilibrium fans, there are plenty of things to love about this album. 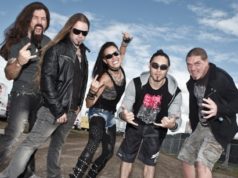