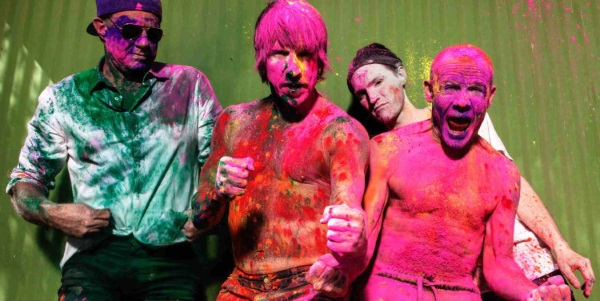 As they gear up to once again headline Reading and Leeds Festivals this weekend, US rock royalty The Red Hot Chili Peppers have just announced a very quick return to the UK. Antony, Flea, Chad and Josh will be back in the UK in December for a huge seven date arena tour. What’s more, they’ve got some VERY special guests in the shape of J-POP / metal hybrid phenomenon Babymetal, who are no strangers to UK arenas after their record setting show at London’s SSE Arena Wembley back in April of this year.

Full details of where to see The Red Hot Chili Peppers and Babymetal at the end of the year can be found below:

Tickets for the tour will go on general sale at 10am next Friday September 2nd at www.seetickets.com. Watch out for the usual pre-sales on the two days before (O2 mobile, venue pre-sales, fan clubs, etc). Ticket prices for the tour are yet to be confirmed, but it wouldn’t surprise us if they’re on the expensive side!

We’ll have more information about this tour (and further updates from RHCP and Babymetal) as we receive them!