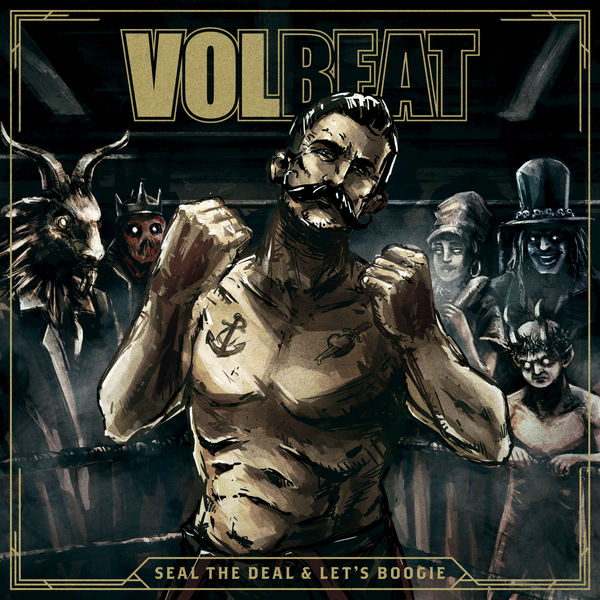 Volbeat are much loved the world over for their eclectic mix of good time rock n’roll, heavy metal and the odd dash of rockabilly all thrown together to create their wonderfully unique sound. Their latest album, Seal The Deal & Lets Boogie, doesn’t deviate too far from their established winning formula, but still manages to feel fresh and vibrant for the most part throughout.

Opener The Devil’s Bleeding Crown ticks all the boxes for a great beginning to the album; A beat will get the listener moving before they know it, a couple of riffs that catch the listener’s ear instantly and a ripping solo. Black Rose is another highlight that features Michael Poulsen’s vocals at their best and another fantastic solo from former Anthrax man Rob Caggiano (whose positive influence on the album can be felt notably in various places).

Mary Jane Kelly is another track that’ll get an audience moving and could turn into a huge live favourite, as could the album’s title track. Seal The Deal (the song) is probably the strongest song on the album with an intro that most thrash metal bands would be proud of before giving way to one of the fastest Volbeat songs to date. The higher pace really suits the Volbeat sound and, coupled with a chorus that could fill a warehouse never mind an arena, is one of the best songs released this year so far by any band. Their cover of Battleship Chains is also most deserving of attention, being no stranger to successful covers (I Only Wanna Be With You anybody?).

The only downside to Seal The Deal is that occasionally the tracks can get a little samey and blur together or feel very similar to past material. Marie Laveau and For Evigt both feel like they were both recorded in the sessions for last album Outlaw Gentlemen and Shady Ladies and as a result have something of a “throwaway” feel about them.

Overall, Seal The Deal & Lets Boogie is highly recommend. It is highly likely to cement Volbeat’s position on the “upper mid card” (to use wrestling terminology) of hard rock bands and may well be another rung up the ladder to festival headline status in the UK (as they’ve already reached that level in Europe). They take to UK arenas for the first time later this year with Alter Bridge and it’ll be fascinating to see how they fare, but for now, sit back and enjoy this well polished and enjoyable album.

Seal The Deal & Lets Boogie is out now on Spinefarm Records. 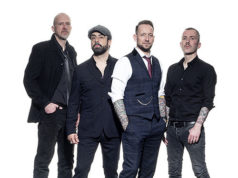