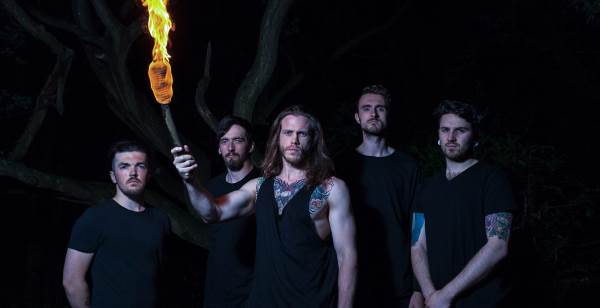 London / Essex metallers Confessions Of A Traitor are a band we’ve had our eyes on for a little while now ever since discovering them at the start of last year. So when presented with the chance to catch up with frontman Stephen MacConville, Rock Sins seized the opportunity. Read on for details on the band’s new EP, how they’ve written the new material, and one of The Simpson’ best minor characters….

Welcome! Please introduce yourself to our readers:

Hi, I’m Stephen, Vocalist for Confessions Of A Traitor.

Confessions Of A Traitor are a band we first discovered when you supported Malefice and Chapters at The Craufurd Arms in Milton Keynes in early 2015. Aside from the new EP (more on that later), how have you been keeping yourselves busy since then?

After that we had a short sting of great support slots for bands like, Bury Tomorrow, Hacktivist, Bleed From Within and appearing at festivals like Take Down. After these successful shows we got asked to do our first EU run as main support to Upon a Burning Body, we then hit the EU again a few months later support I Set My Friends On Fire for a long stretch so you could say we have been fairly busy.

Tony, well hes more the weird one but just comes out with the most ridiculous things. When thinking of EP titles to do with positivity etc… Suggestions, Sun of Compass and Rotting Cadaver. I all seriousness as well. I have never laughed so much in my life.

Metalic Hardcore, i only say this as its come out a few times. We have elements of Hardcore, Metalcore and Metal. So Metal really.

Generally the riffs come first and songs are build the around riffs we really like. Jack and Dom add a lot of finishing touches to the songs after the have been demoed that some times changes them significantly. But generally they are jammed out and worked on in the studio before we demo them.

Your new EP Illuminate is being released this week – are you excited, nervous, relieved or is it a mixture of all the emotions?

We are excited and nervous, well i am anyway. A lot of the content lyrically is very personal to me. I faced a lot of turmoil before we recorded this and its felt in some of the songs. We are also trying a few new things out musically and vocally which we hope go down well.

You’re celebrating the release of Illuminate with a release show at The Fighting Cocks in Kingston tomorrow night – have you got anything special planned or are you just going to go out and tear the audiences ears off, so to speak?

Just to go nuts and perform as hard as we can. We dont want to loose the normal energy that we produce live just because we are playing new material. Its always the worry. So we want to come across with a strong stage and musical performance with the normal antics of me and tony climbing things an being the mosh pit.

Your music video for Illuminating The Night was recently premiered on Metal Hammer’s website. What does it mean to the band to get an endorsement like that from the UK’s biggest metal magazine?

It is such an honour to have a magazine like that behind us. Words cannot describe how surreal that feels. They released our EP seasons 2 years ago and it still feels weird thinking about that. But to know that they are supporting our continued development is amazing. This is a magazine that i have been reading since i was a kid, so excited.

Illuminating The Night. It just shows how far we have come as a band, adding clean vocals and solos. Its a more technical song and pushed us out of our comfort zone to create personally my favorite song we have written. Im very proud of it and i think its a big step forward for us.

Just because the look like absolute legends on tour and they cant do anything wrong musically it would have to be Parkway Drive. One of our biggest influences. I mean in Australia they did a tour based on surf locations what a genius idea. Plus their film home is for the heartless is the reason I’m in this band.

My main men Ben and Jerry and either Phish Food or Peanut Butter Core.

It has to be the German Kid Uter, purely for the comic gold line of, “stop chasing me my belly is full of chocolate”.

Thanks guys its been a pleasure!

Confessions Of A Traitor’s new EP Illuminate is out now. Pick it up from their official website https://confessionsofatraitor.co.uk/. 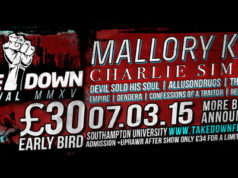