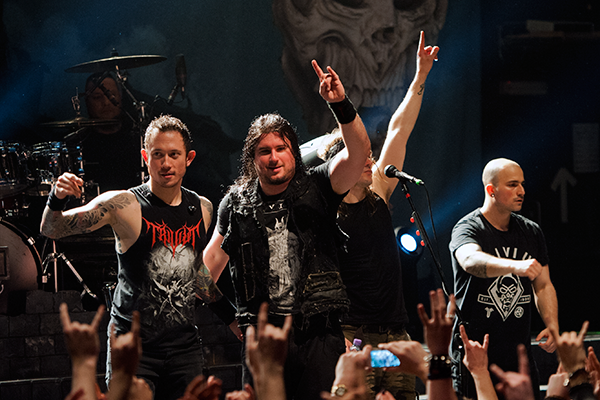 Firm fan favourites here in the UK, Trivium have decided the time is right to return for a new headline tour of both the UK and Ireland early next year. Matt, Corey, Paolo and Paul will be playing seven shows across England, Scotland and both halves of Ireland in the middle of February 2017, including their first time at London’s historic Camden Town Roundhouse.

Here’s their main man Matt Heafy on how he’s looking forward to returning to the UK as always:

“The UK was the first place to embrace Trivium on the planet, and Europe was the first home for Trivium playing internationally way back in 2003. It’s our honour to be able to complete the ‘Silence In The Snow’ album tour in the UK and Europe; we have had some of the most integral and historic moments of our career in both spots, and we look forward to celebrating our love of music with all of you. See you very soon!”

Further updates from the Trivium camp will be available as and when we receive them. 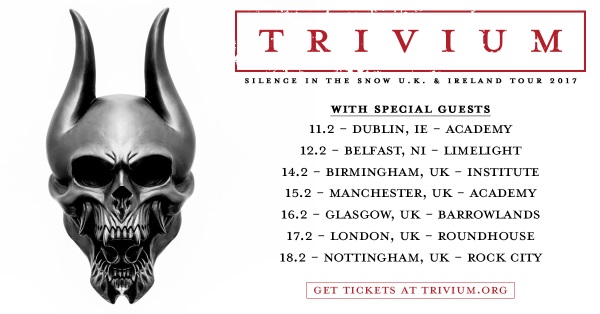