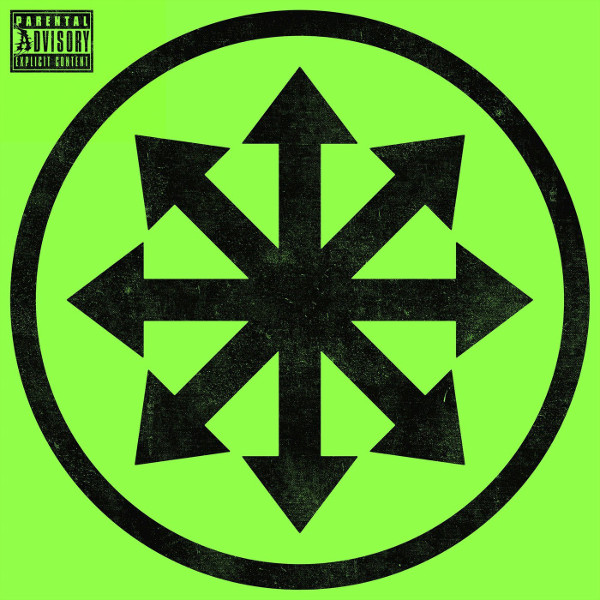 Music fans can rejoice, everyone’s favourite misogynistic deathcore boys Attila are back with a brand new album. ‘Chaos’ is Attila’s seventh studio album, it seems at this point there is no stopping them. Despite all the previous albums being generally quite awful, Attila are an immensely popular band within the Warped Tour scene. So is ‘Chaos’ any better than their previous albums? Obviously not.

There really is nothing to like on this album. Musically, it is dull and derivative throughout with not a single remarkable riff. There are a few solos that are technically sort of impressive, but still feel hugely uninspiring. Chris ‘Fronz’ Fronzak’s lyrics are so painfully stupid that they come close to making Fred Durst sound intellectual. ‘Fronzilla’ seems more concerned with telling us how he doesn’t care what people think of him, over and over again. The first five songs on the album are all variants on this theme. ‘Public Apology’ is a desperate attempt to show just how edgy Attila are as Fronz tries to tell us he’s sorry, but it turns out to be a big trick and he just thinks we are all easily offended.

‘Moshpit’ is easily the lowest point on this album as once again Fronz wants to tell us how he doesn’t care what we think (he really doesn’t) and that he’ll see his “haters” in the mosh pit. Suddenly the album shifts tone on ‘Rise Up’ and Attila instantly think they are a punk band as Fronz sings about rising up against the establishment. ‘Legend’ changes things up again as Attila go for the US radio rock market with the end result sounding like an awful crossover between Attila and Shinedown. And ‘Queen’ is Attila’s anthem for female empowerment where they sing about women getting their “titties out” at shows. It’s the sort of stuff that would probably make for quite an amusing parody album, but Attila and their fans take this stuff far too seriously.

Despite their best attempts this time, it’s actually hard to get offended by Attila now. The whole album is just so desperate to be edgy that it can’t be taken seriously. The only offensive thing is just how popular Attila are without having a single redeeming quality.  It’s easy to tell people to just ignore Attila and they’ll go away but it really doesn’t seem like Attila will be disappearing any time soon. Still, there’s less homophobia this time so at least Attila have made some progress.

If it wasn’t for the pitiful attempts at being offensive there would be nothing memorable about ‘Chaos’. The guitars sound so artificial and there’s only so many times bands can rip off the ‘Spheres Of Madness’ riff before it gets immensely boring. Unfortunately Attila will continue to linger around this music scene like a bad smell. The only thing offensive about ‘Chaos’ is that music this awful has an audience and one that isn’t just 15 year olds who think “Suck My Fuck” is an edgy catchphrase.

‘Chaos’ is out now via Nuclear Blast/Sharptone.