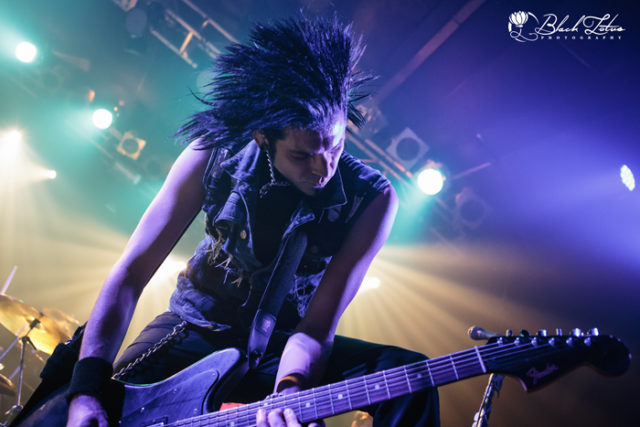 Due back in the UK in just a couple of weeks for their huge opening slot on Alter Bridge’s biggest UK arena tour to date, New Zealand alt-metallers Like A Storm are celebrating with a brand new song! Pure Evil is the band’s new track and is something of an epic, clocking in at almost seven minutes long. Check it out below:

The song marks something of a heavier direction for Like A Storm, with bassist Kent Brooks admitting that “From all of our touring here we got turned onto a lot of heavier music coming out of Europe/Scandanavia like Dimmu Borgir & Gojira”. Whilst we wouldn’t put them in the league of heavy of Dimmu or Gojira just yet, things have definitely stepped up a gear or two. Like A Storm’s guitarist Matt Brooks has also been explaining some of the themes of Pure Evil:

“The hypocrisy and exploitation that pervade the highest levels of church and government are just sickening. The people making the rules are breaking them more than anyone. “Pure Evil” is about calling these people out, making them face the truth about who they are and what they have done.”

Like A Storm will return to the UK as noted above with Alter Bridge as well as Gojira and Volbeat in a couple of weeks. A reminder of the tour schedule follows:

Limited tickets remain available from Live Nation and Ticketmaster, as well as the other usual online outlets, priced at around the £30 to £35 mark.

Check out our photo gallery from when Like A Storm were last in the UK in February, performing with Escape The Fate and friends in London.