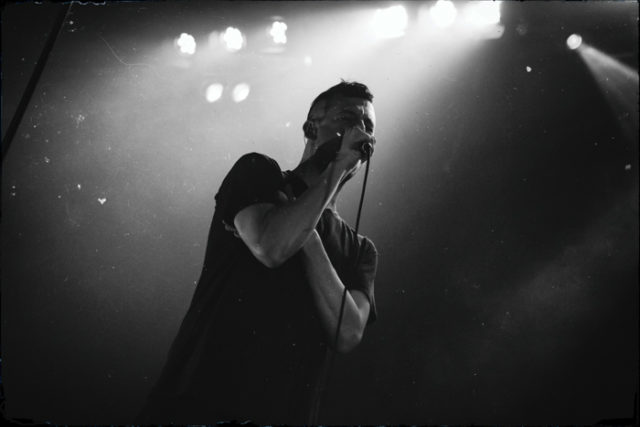 Nottingham’s Rescue Rooms has been a famous venue to showcase some of the most talented upcoming bands from the UK and tonight is no exception with Cambridge rockers Lonely The Brave in the house!

Backing Lonely the Brave are the smartly dressed lads in Tall Ships. They bring a very child but uplifting mood to the venue on a moody miserable Monday. Songs such as Meditations on Loss go down well as the crowd deliver a massive applause. However as the time ticks on, it is clear whom everyone has come to see!

Lonely the Brave come onto the stage as if they were born to do such a thing. David Jakes makes himself a brew onstage before unleashing his incredible voice upon Nottingham. They effortlessly showcase how incredible their live performance is (as well as their lighting). Early songs in the set such as Dust and Bones and Black Mire go down a treat.

As the set moves on and as someone who has not seen Lonely the Brave live at a club show, I now understand why they are such a hot band and got a main stage slot at last years Reading and Leeds Festival. Surprisingly they covered Comfortably Numb by Pink Floyd, which was very interesting but nevertheless amazing!

As the set came to a close with my favourite song Backroads, I left the venue with a sense of disbelief of how good a band could be live and not be headlining Rock City instead…I assume that wont be far into the future!