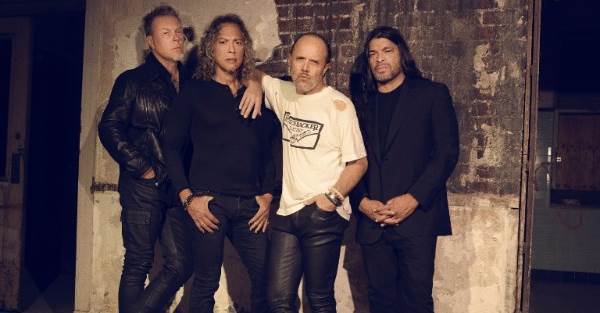 Metallica, as many of their fans know, like to do things differently. Whether it’s doing a gig in Anarctica, releasing their own movie (Through The Never) or even hosting and curating their own festival (Orion Music and More), Metallica like to push the boat out and do things that most of their peers wouldn’t consider.

Continuing that trend, Metallica have just announced that over the next 18 hours or so, they will release a new music video every two hours for each of the songs from their new album Hardwired…To Self-Destruct yet to have a music video. James, Rob, Kirk and Lars have already released music videos for Hardwired’s title track, Moth Into Flame and Atlas, Rise, but across the rest of today and tomorrow Metallica fans will be able to lap up new videos for the other ten songs (including Lords Of Summer from the deluxe edition of Hardwired To Self-Destruct). The band will be unveiling the videos in conjunction with a variety of media partners and publications, the full list of which can be seen here:

The videos will also be avaialble on Metallica.com as they become available. NME will be representing the UK by showcasing the video for Hardwired’s closing track “Spit Out The Bone”.

They will celebrate with a very special intimate show in London at the House of Vans where tickets were only available through the Metallica fan club or through a House of Vans competition. The show will be streamed live on House Of Vans website at 9pm Friday UK time for those who weren’t lucky enough to win tickets.