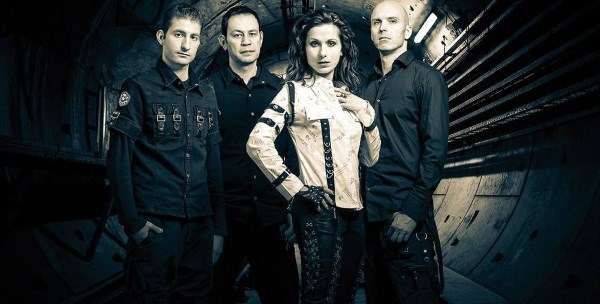 Swiss metallers November-7 celebrated their ten year anniversary as a band late last year. To commemorate the occasion, they held a very special concert on November 7th 2015 at Salle Ta’tou in Cornaux in their homeland of Switzerland. Fast forward a year later and now November-7 are releasing live footage from the show, and Rock Sins is very pleased to bring everyone an exclusive unveiling of a performance of the track “Angel” from that anniversary show. You can check out the clip below:

For those not familiar with the song the band describe the song as having very specific themes:

“The song makes reference to our guardian angels who watch over us but are in fact quite indifferent to our sorrows and cries for help. There are so many people that are not happy with their life and what’s even worse is that being unhappy is considered to be a natural consequence of adulthood. We think that we all bear the privilege and the burden of realizing our true self…”

We’re delighted to be helping November-7 share their tenth anniversary celebrationg with a wider audience, and very much look forward to hearing more from them in the future. Please follow them on Facebook at https://www.facebook.com/November7ch and check out their official website at https://www.n-7.ch/site/.