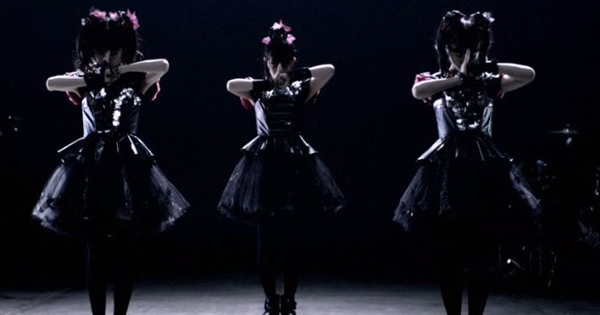 They’ve already opened for Guns N’Roses and are currently in the UK supporting The Red Hot Chili Peppers. Now Babymetal are going another step further towards conquering the world by opening for none other than Metallica on the Korean stop of Metallica’s 2017 Worldwired Tour in Seoul on the 11th of January.

All three members of Babymetal have been full of praise for Metallica and are very excited about the announcement:

SU-METAL
“We’ve looked up to Metallica for so long and to be able to join them on their tour is a dream come true. It will be our first performance for 2017 so we are really looking forward to receiving a lot of good energy from them to kick off the new year!!”

YUIMETAL
“I am just so thrilled at the amazing recent news of being able to join such big bands like Red Hot Chili Peppers and Guns N’ Roses, and now Metallica!! I just can’t keep up! Metallica is such an important part of what BABYMETAL does. I feel that we were able to make it this far all thanks to Metallica-san! It’s still so unbelievable to be able to play with them and I’m incredibly happy! Very excited for 2017!”

MOAMETAL
“It is such an honor to be able to join the Metal Master Metallica on their tour! We’ve been blessed to be able to join many different artists up to this point and we are very excited to see what we can learn next from Metallica. I hope we are able to absorb as much as possible from our Metal Master! Looking forward to learning new and unimaginable things from them!!”

Babymetal’s new live album, “Live at Wembley”, is being released tomorrow (9th December). The recording captures Babymetal’s recording breaking night at London’s SSE Arena Wembley from back in April, where they broke the venues all time merchandise sale record for a single night. The album can be pre-ordered from Amazon here.

Babymetal’s remaining dates with The Red Hot Chili Peppers are as follows: 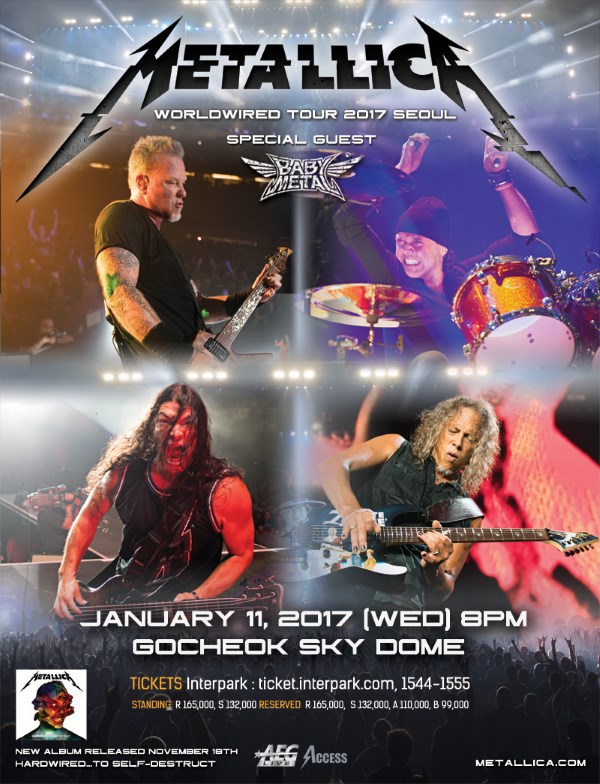