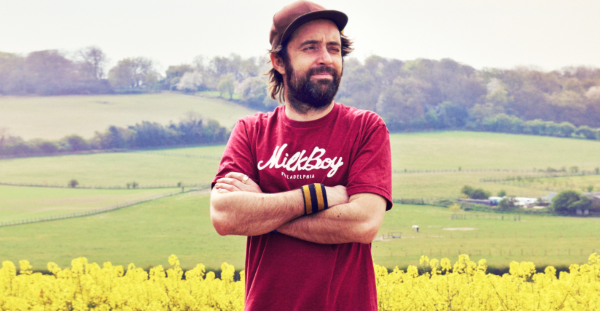 Beans On Toast is perhaps not the first artist Rock Sins’ readers might expect to find on this website, but we’ve always been a broad church. So when the opportunity to cover Beans’ recent London show came up, we sent Tal Fineman along to check out the action.

Oslo (7) is filling up rapidly to a soundtrack of dark, bluesy rock’n’roll. However, in an unusual departure for this writer, website and even genre, there’s not a guitar to be seen. Instead, the innovative Tensheds hammers out his melodies with the distorted, organ-like timbre of a battered keyboard, with a stripped back live setup featuring just piano and drums. It makes a refreshing change from the legions of guitar-based blues bands, helped along by the fact that Tensheds is a classically trained maestro who attacks the keys with a charisma and charm reminiscent of the pianist in the corner of a Wild West whisky bar. His vocals, also sound decidedly whisky soaked, rumbling sinisterly over Ed Wells’ driving drum rhythms in a sort of tribute to the classic songwriting of Tom Waits. If the role of a support act is to get the crowd moving a little, Tensheds is certainly up to the challenge.

Beans on Toast (9) really is the perfect name for tonight’s headliner – he’s predictable, and to be quite frank totally unoriginal, but nevertheless reliable, comforting, and judging by the reaction of the sold-out crowd that’s now packing Oslo for the first show of an 18-date headline UK tour, universally adored. In fact, the enthusiasm of this crowd alone says a lot about Jay McAllister’s songwriting ability. Anyone who can elicit this kind of reaction from a legion of adoring fans with little more than a series of three-chord songs about mundane, everyday life played on a beat-up acoustic guitar is clearly on to something special. McAllister’s manner on stage is wonderfully informal, and he goes as far as to Google the lyrics to one of his own songs and read them off his phone screen as he sings, which, in context, comes across as bizarrely endearing rather than amateur.

Undeniably, there’s nothing technical about this music – in fact, I’d go as far as to say that they every song sounds more or less the same, a lot of them are two minutes long or less, and they rarely deviate from a simple verse/chorus form. However, they’re all performed from the heart by an absolutely natural showman. What he lacks in technical musicality Beans on Toast makes up for with his phenomenal lyricism; each song takes the form of a carefully crafted, uplifting and poignant message about some tenet of modern life, and with the state of the world in 2016, McAllister has more than enough to sing about. ‘If people really want to fuck the world up at least we can dance while they do it’ is the sentiment of the night, and whilst that sounds like an annoying hippie platitude, in the context of this show it feels remarkably sincere. These are feel good folk songs for the modern age, and they feel more necessary than they ever have before.