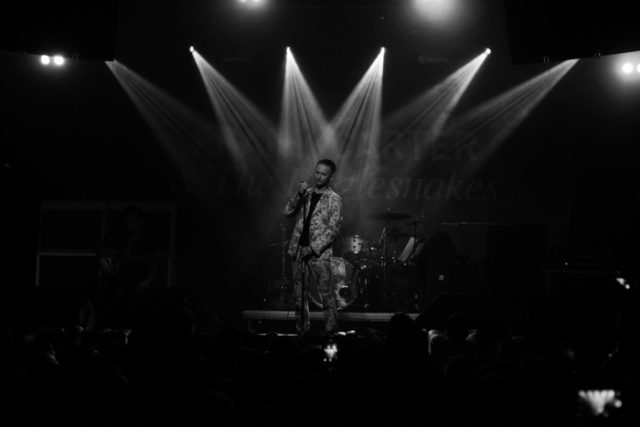 Tonight is a special night for myself as I get to shoot one of my favourite bands at the moment, Frank Carter & The Rattlesnakes. First time seeing them in Nottingham and third time seeing them this year, this is going to be an exceptional evening…for everyone!

First up is The MVP’s who bring a warm welcome to what is going to be a hectic evening for Rescue Rooms. The small crowd don’t seem to warm to the band as much as other opening acts which is a shame. People were gathered in the bar next door which I think is totally unfair and everyone should come for the whole show to support all the bands, not just the headliner!

Next are Dead! Who are another hot upcoming UK band who absolutely smashed their set. With flowers and lampshades on the stage, they show off what they really are made of…I think. I am new too Dead! and was very entertained by their energetic set which the whole crowd seemed to thoroughly enjoy.

Last but not least are the hottest, fastest growing band at the moment, Frank Carter & The Rattlesnakes. From the get go the crowd explodes into all different forms of excitement and the photo pit becomes a second home for most of the crowd as well as all of the photographers!

Frank was built for the stage and really does how it at the more intimate shows he does. There is 100% a pure connection with his fans and the music as it seems to reach out and speak to so many people, including myself. Aggression yet love comes from all the members on stage who perform to their absolute maximum.

The crowd show utter respect to Frank and his close relatives during Beautiful Death as not one single person spoke or seemed to film him sing which I thought was incredible. I left the venue with the biggest smile on my face as I just got to shoot my favourite band perform in such a great venue to a crazy crowd. 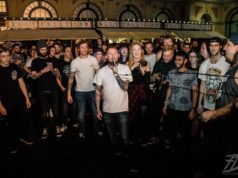