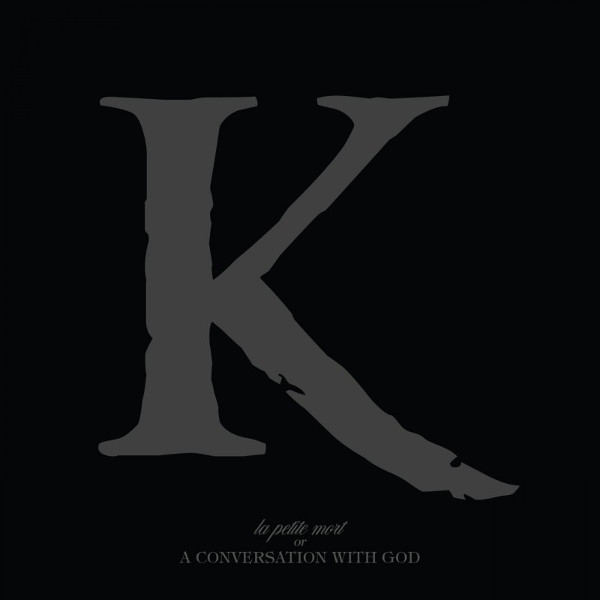 Overall Score: 9/10 Creativity: 9/10 Replay value: 8/10 Musicianship: 8/10 Pros: Bold, creative new directions and themes. Cons: The added saxophone didn't quite work and took me out of the album a bit.

Unless you have been living under a rock for the last two years, there is a good chance you have heard something about King 810. So much has already been written about them, it seems silly to go back over it all again. Regardless of what you heard about the band and their background or even if you were one of the people that checked out their 2014 debut album ‘Memoirs of a Murderer’, I can tell you with a degree of certainty that nothing could of have prepared you for the band’s new album ‘La Petite Mort or a Conversation with God‘. I would even argue that this is more shocking than the previous album, albeit for different reasons.

‘La Petite Mort or a Conversation with God’ is one of the darkest, heaviest (both musically and emotionally) and unsettling albums you are likely to hear this or any year. Imagine if you will, the musical equivalent of Natural Born Killers, Jacobs Ladder & any number of David Lynch films all rolled into one. Yes, a genuinely violent, explosive descent into hell through the broken psyche of a man who is on the edge of death. It’s easy for people to sneer at King 810, their image and the way they conduct themselves, but you cannot deny that David Gunn is by far and large one of if not the most important front-man in heavy music right now. The things that he brings to the table are without a doubt some of the most eye-opening, horrific and deeply affecting that you could wish to find in anyone.

The first half of the album, in fact the first four tracks, pick up where ‘Memoirs of a Murderer’ left off and brings you back into this world with a bang. This is the musically heavy half of the album that will draw in the fans of the band’s more ferocious side, and it does hit extremely hard with ‘Alpha & Omega’, ‘Give My People Back’ and ‘Vendettas’ being some of the heaviest songs the band has written, but then it all changes in the second and I would argue better half of the album. ‘Black Swan’ is a string accompanied open letter to the families of victims who Gunn has killed, explaining and reiterating the kill or be killed ethos that he lives by, it’s a haunting song that if listened to carefully will affect you in the right way.

The sure to be most talked about track on the album is a track called ‘Life is Not Enough’ that has heavy use of saxophone, including a drawn-out sax section which almost threatens to derail the whole album, and even though it is my least favourite track on the album I have to commend the band for choosing to do something completely different. It leads into another woozy bluesy tune by the name of ‘Maxine & Me’ which sounds like a love song written by Tom Waits while he was whiskey drunk in a jazz club from the film Lost Highway.

The fact that these two songs follow and bleed into each other gives the album a little bit of a break and provides it with some continuity within itself, rather than breaking things up with too many sounds fighting side by side. The first song released from the album ‘I Ain’t Going Back Again’ is all Nick Cave vocals and storytelling, taking a more spoken word approach rather than traditional singing. It paints a stark picture of survival that doesn’t rely on violent imagery to get its point across, but actually makes you see just how hard the struggle really has been for these guys.

The album’s closing track ‘A Conversation with God’ is every bit as climactic as the name would suggest and has a somewhat cinematic feel as it builds to a seething conclusion. While it’s not a balls-out metal song, it is sparse, unhinged and closes the album out in a completely unsettling way.

‘La Petite Mort or a Conversation with God’ is an album that is sure to divide opinion in more ways than King 810 already have in their short time on the scene, but this time it will be for completely different reasons than before. This is an unflinching, uncompromising, completely exposing and eye-opening record that lets you fully stare into the soul of a man living completely on the edge. Not since Nine Inch Nails’ classic Downward Spiral has an album been this dark, this intense and this deeply affecting to the point where you aren’t fully aware of what it is you have just heard or if you even want to hear it again, yet somehow you feel totally compelled to press the play button again and strap yourself in for a second ride.

King 810 and especially David Gunn have written one of the year’s most unexpectedly brilliant albums and one you will not want to miss out on, this truly is a work of art that deserves to be heard by all.

‘La Petite Mort or a Conversation with God’ is out now via Roadrunner Records.