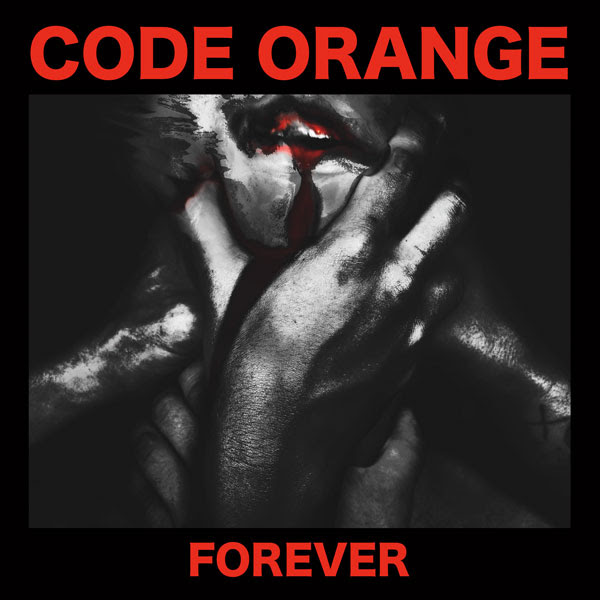 Hardcore is often seen as a very limited genre, it’s so entrenched in its own values and it’s very rare that bands step outside these. In 2014 Code Orange pushed the boundaries of the genre with I Am King, when they ditched the Kids from their name it was more than just a name change. The band evolved into something much heavier and more challenging. And now with Forever, Code Orange look set to completely destroy the limits of hardcore with one of the most varied albums the genre has ever seen.

The album opens with possibly the most conventional hardcore song on it. Forever is a storm of riffs that culminates in a monstrous beatdown. Kill The Creator and Real sound like continuations of what the band did on I Am King just with more intensity and aggression and the albums standout mosh call. Bleeding In The Blur is the first sign of just how different Forever is to anything else Code Orange have done. Drenched in grunge influences, it is the least traditionally heavy song they have ever released but it never comes close to the sound of a band selling out. This is just Code Orange stretching themselves creatively. The song is still as dark and angry as other Code Orange songs, it’s just that Reba Meyers now has a chance to show off just how good a singer she is.

Forever is packed with twists and turns, whether its curve balls like Bleeding In The Blur or the Alice In Chains influenced Ugly both of which go well beyond sounding like standard grunge songs. All the songs themselves avoid following regular patterns with guitars suddenly dropping out and being replaced with haunting synths. The Mud and sounds like it could have been taken straight from an 80’s horror movie at points and Hurt Goes On builds to a huge grinding industrial conclusion. The diversity of the songs on this album is staggering at points and despite all this experimentation Code Orange never lose touch with what hardcore is about.

In terms of performances everyone on this album is outstanding. All three vocalists deliver their unique styles brilliantly and the music is varied and constantly exciting. In the end Forever can be summed up as a modern classic. It’s a hardcore album that years down the line will be looked at the same way we look at Jane Doe today. It’s a challenging album that won’t appeal to everyone, even die hard fans of hardcore might be put off. But the challenge and complexity of it makes it all the more rewarding.

Forever is released on the 13th of January 2017 through Roadrunner Records.