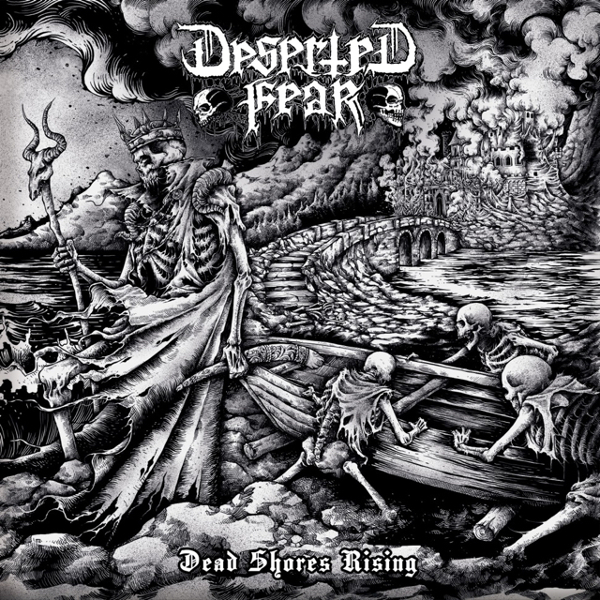 After an enjoyable intro, first track proper The Fall Of Leaden Skies assaults the ears with an impressive main riff before the growls of Manuel Glatter kick in. All in all, it’s a very enjoyable opening track. Open Their Gates is also an impressive track, with very enjoyable drum fills overlapping some blistering riff work. Corrosion Of Souls sits more firmly in traditional death metal territory, with the vocal aggression turned up to eleven while Simon Mengs batters the bass drum into absolute submission.

One big highlight of the album is the standard edition’s closing track Carry On (there are two bonus tracks available on some versions). Carry On showcases Deserted Fear at the height of their melodic powers and when they bring this side of their sound more to bear, they are a very enjoyable act. Sadly it is used somewhat sparingly – though it does make it more impressive when that side of their sound comes through, as with Carry On.

Dead Shores Rising overall is a very competent 40 / 45 (depending on the version) minutes of solid death metal. There’s nothing “wrong” with it whatsoever, and death metal fans will find much to enjoy here. For the listener with slightly wider tastes, there are a couple of flashes of variety and brilliance which means Deserted Fear are definitely a band worth checking out, but there may not be enough on this album to keep you returning for full album listens.

Deserted Fear’s Dead Shores Rising is released on the 27th of January 2017 through Century Media Records.