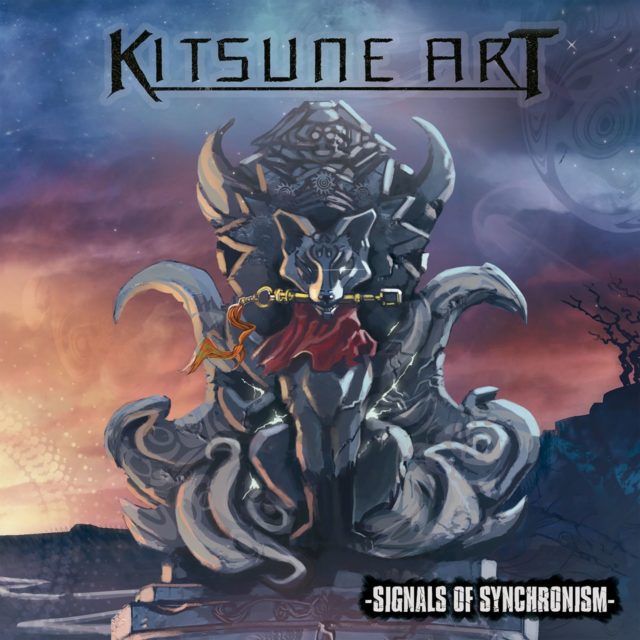 Spain is something of an oddity in that, despite having popular festivals and being a regular stop point for European tours, the local scene has still yet to throw out any truly outstanding bands. The latest act to attempt to remedy that is the alternative metal group Kitsune Art, who released their first album Signals of Synchronism in December. Delivering a strong blend of metal styles along with occasional Japanese influences, Kitsune Art are on the road to carving out an intriguing identity that sets them apart from other contemporary acts.

The album is somewhat misleading with opening track “Fading Away”. Showing incredibly strong Pantera influences, you’d be forgiven for thinking you’re diving head first into a groove metal juggernaut, but things immediately change direction once “Keep the Flame Inside” kicks in with its oriental melodies and huge alternative metal hooks. Every track delivers something new to the core alt-metal sound the band presents, with vocals bordering on rapping on “Puppets”, fast paced groove metal tracks such as “Fading Away” and “The Antagonist”, right through to the piano driven approach and dynamic shifts in “Demons & Angels” and melodic middle track “Chi”. Vocalist Héctor Montesdeoca is the focal point of the band, with his diverse range and passionate delivery allowing the band, particularly guitarists Jean Carlos Prieto and Fernando Lima, to naturally twist and turn their way through a vast array of styles while still retaining their own distinct sound.

The problem with being such a versatile band is that the mix of styles mean that certain songs lack originality. There are clear nods to Linkin Park in “Puppets” while opener “Fading Away” wears its Pantera influences on its sleeve. There is a sense that Kitsune Art have yet to truly discover what direction they want to head in, although the album has enough consistency to nullify that, and the diversity keeps each track distinct and holds the listener’s attention throughout the album. It’s also a disappointment that the amount of different styles present mean there aren’t really any other tracks like the standout track “Keep the Flame Inside”, which really captures something special about Kitsune Art and is something that they should really consider following up in future releases.

For a first effort by an unsigned band, though, Signals of Synchronism has all the hallmarks of an album by a band that has the potential to latch on to something special. The band needs to refine its sound a little bit and work on the parts that make them stand out, while utilising their versatility to create something that will really help them break out into the wider European metal scene. They have all the ingredients and a strong platform to build from, so let’s see what the future holds for this young Spanish quintet.

Kitsune Art’s debut album Signals of Synchronism was released independently on December 5, 2016. Follow the band on Facebook or Twitter for updates, and support the band by buying the album on Bigcartel. 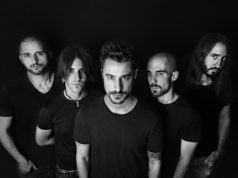