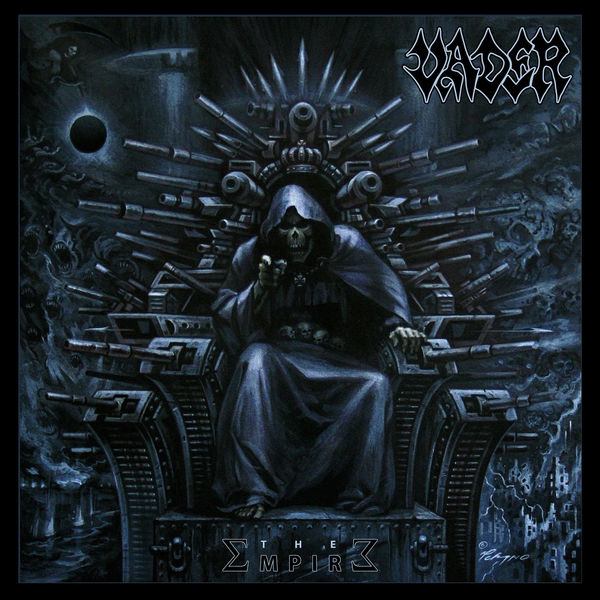 It’s testament to any bands quality that they can produce such consistently excellent work three decades into a career of extreme metal. Fortunately for us Vader remain one of these bands with latest album ‘The Empire’ being just as good as anything else they’ve produced in the past few years.

All death metal needs to feel powerful. It’s certainly achieved in certain ways across the genre but Vader’s thrashy death metal punch propelled forwards by an utterly relentless rhythm section and barrage of riffs remains one of the most consistently excellent on ‘The Empire.’ From opener ‘Angels of Steel’ which launches itself headlong into a crushing avalanche of riffs with no preamble whatsoever ‘The Empire’ flies by. With a very concise running time of just over thirty minutes ‘The Empire’s’ strength is its excellent editing. With an extra twenty, or even ten minutes added on top ‘The Empire’ would certainly outstay it’s welcome. There’s very little variation in Vader’s attack with principally ‘No Gravity’ and ‘Send Me Back To Hell’ being deviations from the overall theme but where other bands their age are releasing 100 minute plus double albums Vader are still delivering excellent, if concise, packages.

The second thing that’s realy going for ‘The Empire’ is the brilliant performance from Vader singer, and main member, Piotr Wiwczarek. His voice, as powerful as ever, is still one of the most unique voices in metal. An echoey, baritone bellow it lends Vader much of their unique flavour and with lyrics like he has to work with on ‘The Empire’ is able to weave an intricately grim canvas.

Vader’s The Empire is out now on Nuclear Blast Records.