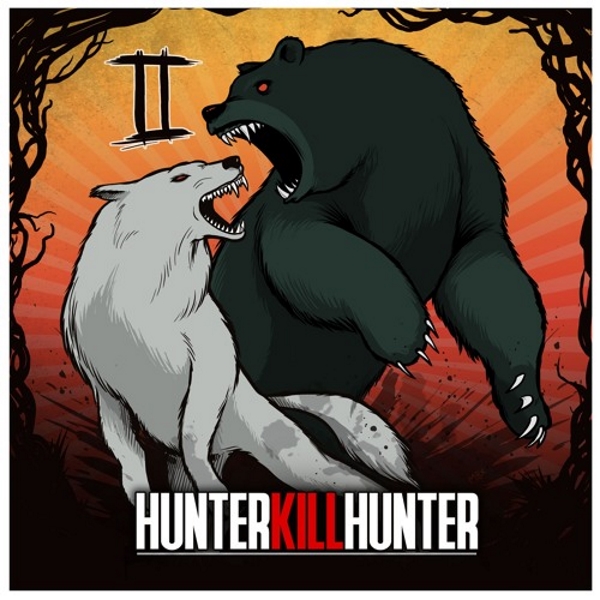 With the aptly titled II, Hunter Kill Hunter expand on what was put forward by their debut EP. The London based 5 piece call themselves Alternative Rock, but there is far too much going on here for them to simply fall under such a broad umbrella.

II is 7 tracks of differing musical ideas, ranging from piano based chord progressions into the more abstract elements of Art Rock, all being bridged by a solid understanding of songwriting. Every track sounds different from the last, but there is a slight sense of throwing everything at the wall and seeing what sticks. Not a point against the band’s songwriting however, as every idea is created well.

Whilst there are brief moments where the jumps in ideas are too broad to be fully cohesive, the progressions always end resolutely and with a pure sense of narrative. It becomes more enjoyable with repetitive listening, and this really allows for Hunter Kill Hunter’s tiny musical nuances to come through. For example the slight dissonance between chords in the middle break of “They’ve Traded Us For Gold”.

The vocal work is decent, but when considering what a little extra power and passion could add to the tracks, especially ‘Sinking From Within’, it appears a little subpar. With a growing confidence however there is a lot of room for the vocals to become on of the finer parts of Hunter Kill Hunter’s future work. The sprawling tracks give limitless ways that a vocal line could diverge too, it is a shame that they often feel restricted and limited.

II is a great offering by a band quite clearly on the rise. Yes it a little too broad with what it attempts to do, but think of each track as a separate entity and this record is solid all the way though.