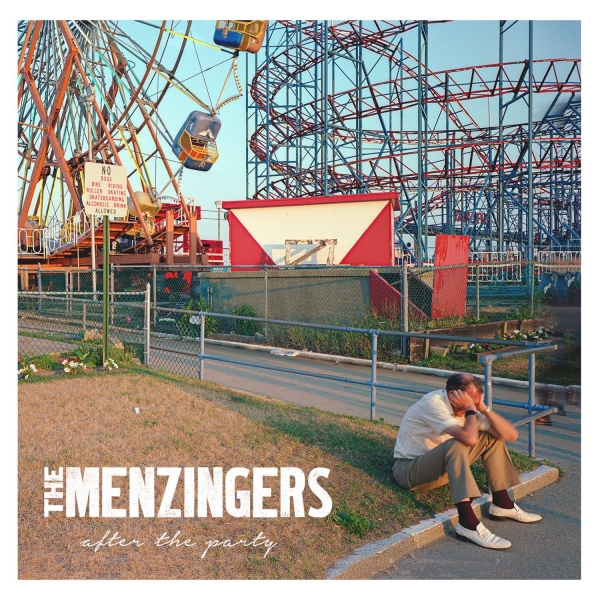 After The Party is a very nostalgic album. From the opening moments of 20’s (Tellin’ Lies) it’s very clear The Menzingers are very keen on looking back on their past very fondly. This album is practically a love letter to the bands 20’s as they constantly reminisce about good times. Everything The Menzingers sing about on this album feels almost immediately relatable to the listener and that is what makes this album so special.

Tellin’ Lies is the perfect start to this album, the chorus of “Where we gonna go now that our 20s are over” sets the tone brilliantly and the song is just packed with an infectious energy. Thick As Thieves and Lookers follow this with a hugely uplifting sound. Lookers is about as emotional and real as rock songs get right now. It’s a song packed with sentimentality as they sing about girls from a teenage memories. Despite this theme of looking back on the past the album never gets bogged down in it. Midwestern States is a defiant statement against growing old and shows that The Menzingers have no intentions of settling down. “We’re still here and the party ain’t over” is a sentiment that could sum up the album.

Every song is packed with different stories and they are all delivered in such a genuine way that it’s almost impossible to not get caught up every time. Both Gregg Barnett and Tom May deliver outstanding vocal performances throughout the entire album. With less believable vocalists these songs would lose something so important. Their lyrics are also constantly fantastic which really helps given how the songs are so focused on telling stories. There’s loads of variety to the album as well with a good mix of more energetic songs mixed it with some slower more introspective songs.

After The Party is a great album from start to finish. The Menzingers have already had a very impressive career but this might just be their best album yet. It’s certainly not the most challenging album ever but it has so much heart. Every moment is packed with so much emotion and it never feels fake or forced. After The Party is an album fans of the band are certain to love but should also do a great job of pulling in plenty of newcomers.

After The Party is out now on Epitaph Records.