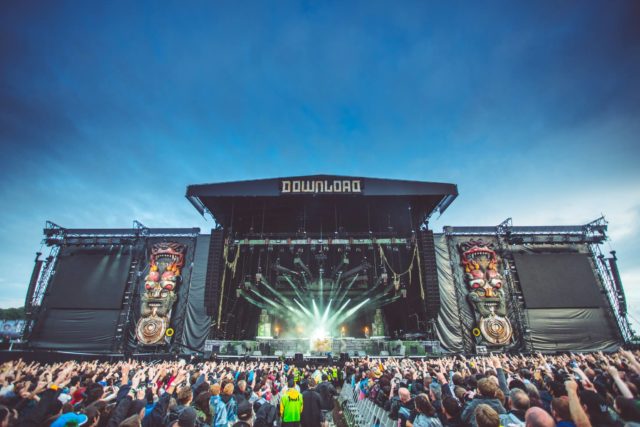 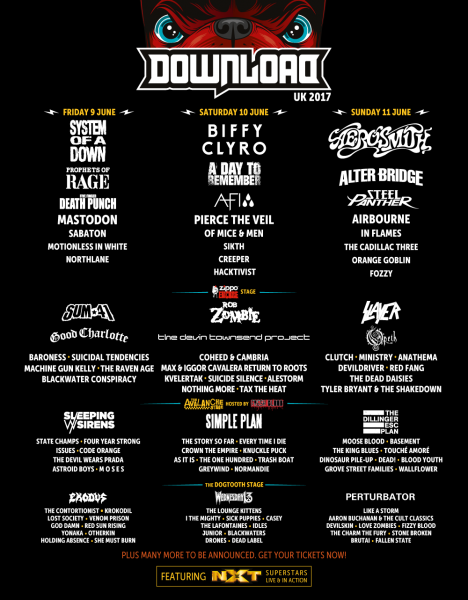 Twenty more acts have been announced by the organisers of Download Festival, taking place at “rock’s spiritual home” Donington Park on 9 – 11 June. Canadian prog-metal professor Devin Townsend will bring his very own Devin Townsend Project to the event after a recent successful UK tour. He will be joined by highly-rated newcomers Code Orange, who also enjoyed rave reviews on their British dates with Gojira last month.

Sepultura founding members Max and Iggor Cavalera will re-unite to perform the Brazilian band’s 1996 album “Roots” in full while influential Brits Sikth will take to the main stage on Saturday. Paris-based dark synth act Peturbator will headline the Dogtooth Stage on Sunday.

Main headline acts this year are System Of A Down, Scottish rockers Biffy Clyro and legends Aerosmith – who will be playing their last ever UK show as part of their farewell tour. Other acts appearing across the weekend include Rob Zombie, Slayer, Sum 41 and Wednesday 13. The event also features NXT Superstars Wrestling as well as lots of other crazy fun!

Full info and tickets details, including RIP and hotel packages, are here 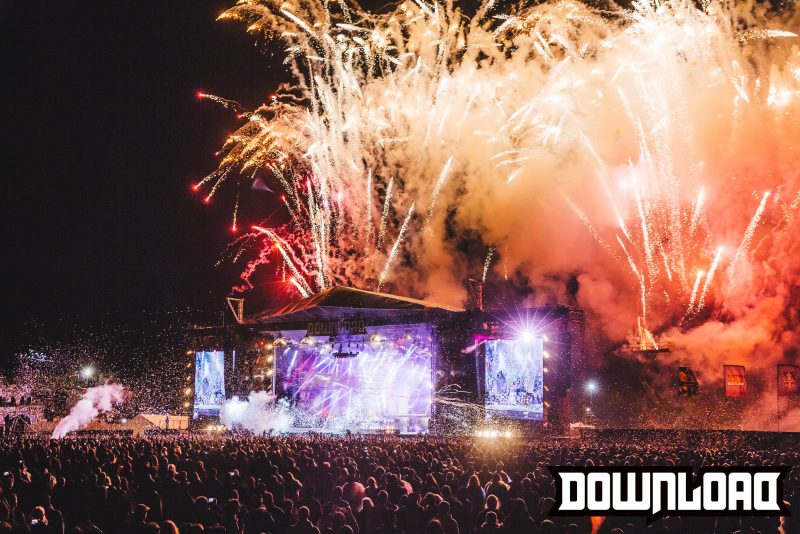