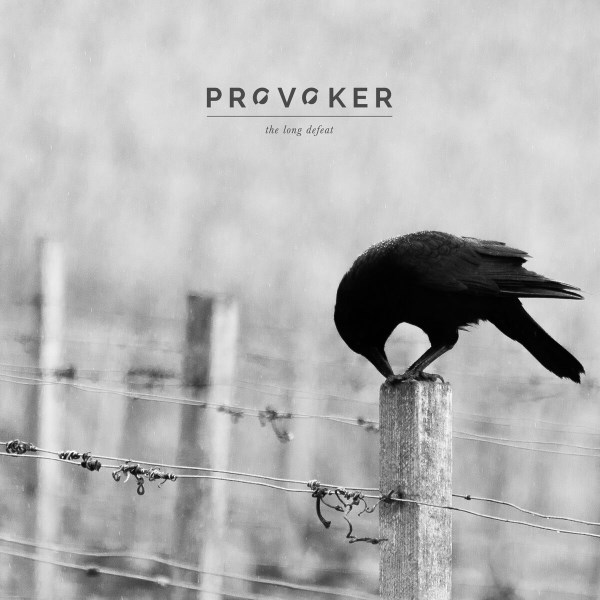 The Long Defeat is the debut EP from British newcomers Provoker. Featuring former members of Munroe Effect, Housefires, Attention Thieves and Elephantis the band have plenty of experience when it comes to delivering heavy music. With this EP Provoker look to deliver a blend of aggression and passion without watering either element down, and as debut EP’s go, they could not have done a better job.

Opening track Admission explodes out the gates thanks to an onslaught of riffs and Angus Robertons vocals. There’s no fake macho aggression on display here, the emotion behind his vocals is entirely real. He’s backed up by guitarist Joe Spratt who provides some real punk rock attitude on the chorus. Solitary features an even more anguished vocal performance from both members while the band add in some more atmospheric moments to go along with all the riffs. This doesn’t mean the pace drops though, this is still breakneck hardcore punk designed to whip crowds into a frenzy.

Adopt / Adapt is the standout track of the EP where they really nail the emotional side of their sound. The way to song builds up and then releases feels like such a cathartic moment for the band. Accountable continues things with a storm of riffs before Empty wraps up the EP with its heaviest moments. Over these five tracks Provoker show exactly why they are a band to keep an eye on. There is nothing radically new or different on the EP but everything is played with such conviction and the quality is high from start to finish.

There isn’t a dull moment on this EP where things fall into that repetitive chug that so many hardcore and metalcore bands rely on. And even though there’s plenty of catchy vocal melodies, aggression can still be felt and things never become too nice. Fans of hardcore punk and metalcore bands like Polar and Feed The Rhino will certainly find a lot to like here. And a statement of intent, Provoker nailed it with The Long Defeat.

Provoker’s The Long Defeat is out now.