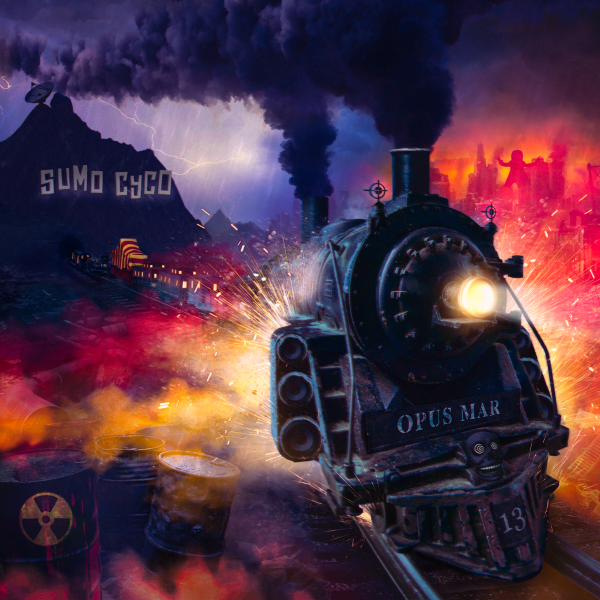 Having toured extensively over the last eighteen months, including here in the UK with Fozzy and Alien Ant Farm, Toronto natives Sumo Cyco are attempting to make the step up with “the difficult second album”. Sometimes, when reviewing an album, it is difficult to know where to begin, and Sumo Cyco’s Opus Mar is one of those albums.

Opening track “Anti-Anthem” is an attempt to make a statement with it’s fast pace and aggressive tone. However it falls flat on its face, largely due to Skye Sweetnam (aka Sever)’s various vocal styles, none of which come across very well (the screamo style being the lowlight of this particular song).

There are subtle reggae and dubstep influences permeating throughout the album, culminating in the king of ragga metal, Skindred’s Benji Webbe himself, featuring on one of the albums’ main singles Move Mountains. However even Benji’s presence can’t remove the feeling that this is a track plucked from the Skindred reject bin with it’s horrendously repetitious and irritating chorus. They fare better on Brave II, where Skye’s rapping of the verses is quite impressive.

Progressing through the album Sleep Tight, aside from the opening riff sounding similar to the one from Exit Ten’s Perfectly Alive, has some nice guitar work while Kids of Calamity has an enjoyable intro built around an effective bassline and is possibly the overall strongest track on the album. Sadly, most of the rest of the album is a soulless collection of songs following one of a few identikit templates, seemingly designed to attempt to get airplay on US rock radio.

Certain elements which often work best when used sparingly for distinctive effects such as gang vocals are over used to the point of becoming cliched. The other main issue with Opus Mar is with Sever’s vocals being all over the place – veering from screamo to rapping to clean to a Gwen Stefani-esque twang in places – occasionally all within the confines of a single song. As a result several of the songs come across as unstructured and messy. The lyrical quality also varies massively, with Can’t Put Me Out a candidate to be filed alongside Bullet For My Valentine’s Riot for some of the worst lyrics this side of 2010.

Doubtless, Sumo Cyco are a name rock fans are likely to hear a lot more of in 2017. But based on Opus Mar, that probably isn’t a good thing. 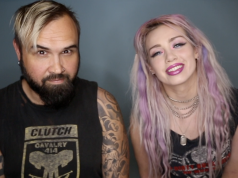