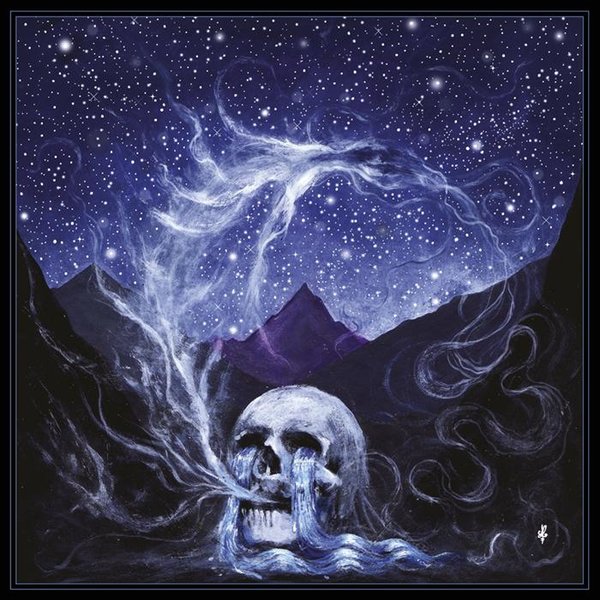 Ghost Bath is a tough sell, it is almost impossible to categorise what they do. All I can say for certain is that they weren’t what I was expecting. I say that with praise because they turned out to be so much more.

Starmourner is their third album and the follow-up to 2015’s ‘Moonlover’.  I would urge anyone with any preconceived notions about this band to aim them out of the window. The opening track ‘Astral’ alone will subvert any ideas you had, it’s a 3-and-a-half-minute-long piano intro that buckles in the last few seconds to let some echoing wails in. It’s a rather unassuming opening that serves to lead you into this world rather gently, but it is merely a taste of things to come.

This album will take you on a journey. There is so much to unpack here, this album feels almost like a puzzle box at times. There are times when this album hits some parts where it almost hits radio territory, as ‘Ambrosial’, ‘Ethereal’ and ‘Luminescence’ all feature hummable leads that you will you have swirling around your noggin for a good while after the fact. If you added a different set of vocals to any of those songs then they wouldn’t feel out of place on Radio One during the daytime. There are even traces of trip-hop on the outro to ‘Celestial’ and distorted vaudeville-sounding piano at the tail end of ‘Thrones’ sounding warped as it lurches to its conclusion.

Fear not though, those of you that have come for the metal. Starmourner has its moments of heaviness embedded in there as well. They are few and far between but when they do hit it has the maximum impact. The heavy moments feel more like they compliment the real beautiful moments on display here, there is a real otherworldly quality to what Ghost Bath do. There are multiple layers of atmosphere and texture that provide a truly transportive experience.

When talking about Ghost Bath, one thing we should note for those who are unfamiliar with them is there are no lyrics. It was only about halfway through listening to this album that I had even noticed.  There are several different wails, screams and tortured vocals, but no words. I personally feel like this is part of what makes Starmourner more of an experience than an album. I will be the first to admit that the vocals originally grated on me a lot. However, if you persevere with them over time, they add more of an emotional weight. The levels of passion and pain that come from the vocals speak more volumes than any clever words ever could.

Overall, Starmourner is an album that I didn’t see coming. I was expecting a much darker, more black metal-influenced album than this but I am extremely happy to be proven wrong. Ghost Bath has created an album that will confuse many, divide even more but will get you thinking either way. I’ve found myself thinking about it constantly and going back to discover more things about it over time. Throw everything you think you know about Ghost Bath out of the window and let them take you on this incredible journey.