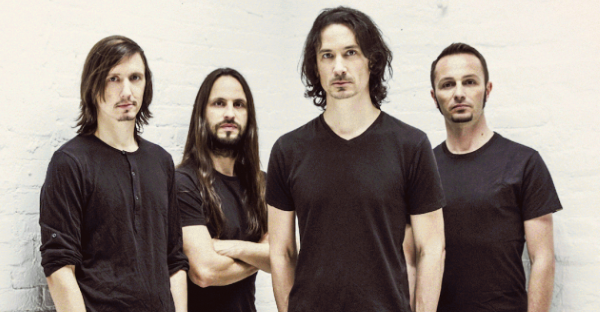 After releasing Magma to critical acclaim last year. It looked like Gojira were finally becoming one of the biggest names in modern metal. Now almost a year later, Gojira finally embarked on their first UK headline tour for Magma and they had brought an incredibly strong line up with them.

Car Bomb (7) open the show with an barrage of riffs and general mathcore insanity. The Forum’s sound system could hardly keep up with the constant twists and turns Car Bomb fill every song with. They provide an immensely challenging start to the evening that not everyone will have appreciated. Song structures were all over the place and the onslaught of noise might have been too much for some. But for those into more technical and challenging music, Car Bomb make a really strong impression.

As good as Car Bomb were, they are completely blown off stage by Code Orange (10) who are absolutely unstoppable. Within seconds of opening song Forever it sounds like Code Orange are trying to knock The Forum to the ground. The sheer sonic force on display is unbelievable and it is matched by their stage presence. Every member of the band plays their instrument as if they are trying to destroy it. It’s not just the sheer brutality of the set that makes Code Orange stand out tonight. As it did on the album, Bleeding In The Blur proves to be the standout moment of the set as Code Orange as Reba Meyers delivers a powerhouse vocal performance. The addition of a new member meaning all the added electronics can be played live further enhances Code Orange’s live show. With these songs and one of the most ferocious performances around, Code Orange are without a doubt one of the best bands in heavy music right now.

One of the other best bands in heavy music right now would have to be tonights headliners. After that Code Orange set you’d think it would be hard for a band to top it but Gojira (10) aim to do exactly that. It’s very clear from the moment they set foot on stage that this feels like a genuine event. The Forum feels so packed that in can hardly hold tonights crowd. Opener Only Pain has the crowd going crazy from the very first moment and following this with Heaviest Matter Of The Universe ups the energy. It’s clear just how much of an impact Magma has made based on the sing-alongs during Silvera and Stranded, both which sound even better played live. The setlist features plenty off Magma and all these songs feel even more powerful live. Joe Duplantier seems happier than ever on stage tonight and the whole bands enthusiasm as they play just feels infectious. Even a drum solo which would usually derail a set provides a fun break and Mario Duplantier puts on a great performance behind his kit. By the time they wrap things up with the absolutely crushing Vacuity it’s clear that this is just the start of something special for Gojira.