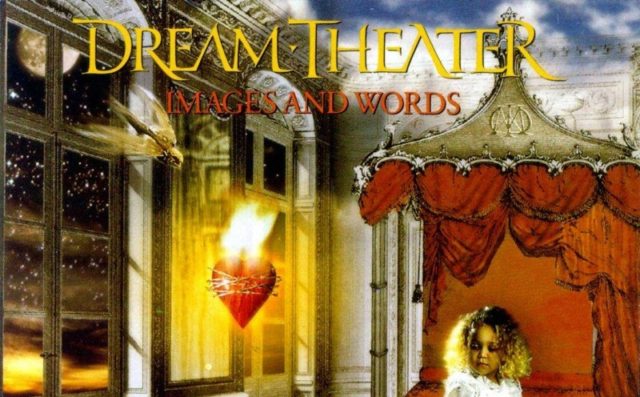 In a couple of weeks time, the UK will bear witness to a very special event: the 25th anniversary tour celebration of Dream Theater’s Images and Words album. Whilst “the album anniversary tour” has become such a regular occurrence to some over recent years that the unique appeal of them has become diluted to a degree, this is very much not the case here. The biggest progressive metal band in the world are celebrating the album that launched them onto the international stage for the first time, thanks to the likes of songs such as Pull Me Under and Metropolis Pt 1.

This is something Dream Theater have always been humble and well humoured about over the years, even poking fun at themselves with their greatest hits compilation Greatest Hit (…and 21 Other Pretty Cool Songs). For those not in the know, it refers to Pull Me Under being the song that broke them all over the world.

Beginning in Birmingham on the 18th of April, the UK will be witness to five of these very special shows, which take the typical “An evening with Dream Theater” format. Act I will feature a selection of Dream Theater songs from across their three decades as a band, while Act II will form the proverbial “main event” of Images and Words in it’s entirety.

To help celebrate what will undoubtedly be the prog metal event of 2017 in the UK, we’ve enlisted some bands from all over the world to share their thoughts with us about their favourite songs on Images and Words, and what makes it such a special album.

“Pull Me Under was my first introduction to progressive metal and my first listen was a series of mind blowing events. I initially fell in love with the lush clean guitar intro and then the super crushing opening riff, but then the song structure and development was like nothing I’ve heard before. It’s so detailed, intricate, and very much a journey.  And then there’s the masterful playing, John Petrucci’s speed picking was also like nothing I’d ever heard before; it blew my mind that such speed and a sound was possible! And then there’s the outro.. I had it on tape copied from CD, so for a while I thought the CD had skipped when recording. When I realised that the band had chosen to end the song in such an abrupt way as such an odd moment I was at first perplexed, but once it made sense it blue my mind. Pull Me Under and the Images and Words album was an absolute game changer for me.” James Monteith, guitarist – TesseracT

“Under a Glass Moon; I could leave it at ‘That guitar solo though’ and it’d be enough, but honestly, there’s so much more in this tune that I dig. The opening is awesomely grandiose. The drive and pace of the song in general keeps things moving forward at all times, never stagnating on one idea for too long. I think my favourite part of the tune though is the second verse. It really encapsulates the title of the song to me; glassy and atmospheric. Under a Glass Moon is one of those quintessential progressive tracks. If someone says ‘What’s progressive rock/metal all about?’ you can summarise it with this song perfectly.” Scott Kay, guitarist – Voyager

“Under a glass moon is one of my all time favourite guitar solos. So memorable and funky and weird. I’ve been trying to learn it for about 2 years and it’s become my white whale. I will probably never be able to play it but a man can dream right? The only problem is those ridiculous chromatic runs only sound good when you can play them that fast. Apologies to my neighbours.” Otto Wicks-Green, guitarist – Sleepmakeswaves

“Take the Time is my favorite track on this album. It just sweeps me away in a polyrhythmic lunacy that I can never ever get enough of. From the keys on the intro to LaBrie’s soaring vocals. That bass too! I first discovered it when a friend played it to me in 2001 or 2002, I was just getting started learning what a bass was and this really opened my eyes as to what a bass could be, given the opportunity. Myung is a genius. Every time I listen to it I get chills, even over twenty years later it’s still a favorite.” Kyle Sevenoaks, bassist – I, The Betrayer

“I’ve listened to ’Take the Time’ so many times. That song has always really stood out for me. It’s so funky and there’s so much diversity in just this one track, and it still manages to sound like a natural progression! For me this is Progressive rock in it’s purest form!!!” Nicolai Mogense, bassist – Vola

“Metropolis pt.1: The Miracle and the Sleeper. I really like the different atmospheres in this song. It might be the proggiest song on the album with its crazy, never ending instrumental section. I particularly enjoy the lead section at 6:38.” Vince Wilquin, guitarist and vocalist – Fractal Universe

My favorite song off of Images and words is Learning to Live. This song really introduced me to the idea of an epic song; I had heard long songs before but never something that took me on a journey like this song did. From the epic intro to the amazing lyrics and one my favorite John Myung bass licks… and last but not least that piano break ! It’s stuck in my head forever and I’m glad! Keegan Kelly, bassist – Oceans of Slumber

Not content with wanting to pick out a single track, Christian Sturgess, bassist in Brutai wanted to share his thoughts on the album as a whole and the impact it has had on him as a musician:

“I have been a Dream Theater fan since around 2005, the year Octavarium was released. A huge musical influence to me, the band were actually my intro to the progressive scene, I got into the classic’s like Pink Floyd, Yes and Rush after discovering DT. I remember sitting and listening with friends as an eager young musician, trying to decipher what was going on with the vast complexity of the compositions.

John Myung soon became one of my main influences and focuses of my practice regiment for bass guitar. My old bass tutor introduced me to the two hand tapping technique through the song ‘Metropolis – Part 1’, which was the first complex riff I ever tackled. So, Images & Words became the focus of my listening for a very long time.

It’s a classic, DT are known for a massive sonic pallet over the years, but this album is certainly stand out. You really get a sense of the band exploring different styles and compositions, for instance ‘Take The Time’ with its funk influences, to ‘Under A Glass Moon’ with its epic synths .and complex rhythms. It opened up the doors for me to explore more genres of music, and really cemented the band as one of my main influences as a musician. It’s fantastic to see that this album is still being discussed to this day, which serves as testament to the incredible achievement it is.”

Dream Theater’s Images and Words 25th Anniversary Tour will take in the following cities and towns:

Full ticket information is available on the Dream Theater website at https://www.dreamtheater.net/tour/.

Stay tuned for more Dream Theater coverage here at Rock Sins, including an exclusive chat with Dream Theater frontman James Labrie looking back on 25 years of Images and Words in the coming days! 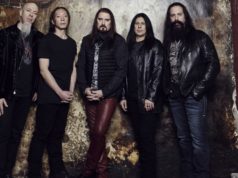 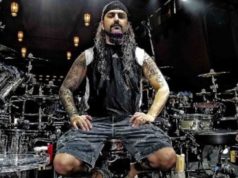