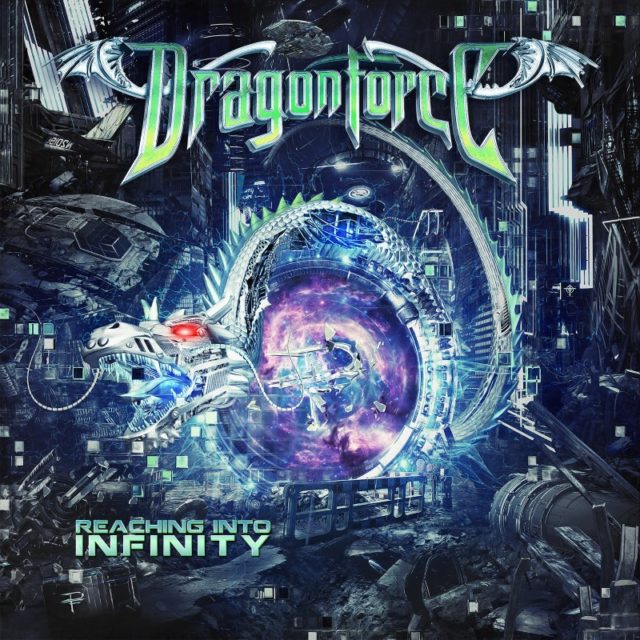 Overall Score: 8/10 Memorable Hooks: 8/10 Big Riffss: 8/10 Shows off some new ideas: 9/10 Pros: A more structured and in places restrained album Cons: Some of the solos go on a little long

For the sake of full disclosure. I haven’t listened to a Dragonforce album since Inhuman Rampage. So I haven’t anything they have done in over a decade and certainly nothing with current vocalist Marc Hudson. I will admit though that I was genuinely excited to hear them with a fresh ear after all this time.

Reaching into Infinity is Dragonforce’s seventh studio album. It’s usually at this stage in a band’s career when they start running out of ideas. This is not the case with Dragonforce who show that they still have some tricks up their sleeves. Now, I’m not sure if my tastes have changed or if Dragonforce has exercised some restraint here. Either way, this isn’t the album I was expecting. There seems to be a renewed focus on songwriting that was somewhat lacking before, dare I even say a newfound maturity?

Whereas before everything was played at warp speed and featured more noodling than a Chinese takeout. Here things seem to have been paced a little more evenly. It’s heavier in places and there is extra stomp that has a real thrash element to it. Take a track like ‘Judgement Day’, which features a full-on Dream Theater type synth and guitar freak out slap bang in the middle of it. That completely threw me for a loop the first time I heard it.

There are some real varied moments on here, as it each song is something different to the one before. ‘Astral Empire’ sounds like an Iron Maiden song written by ADHD sufferers whose sole diet is Skittles & Red Bull. ‘Silence’ is a massive sweeping cinematic sounding power ballad of the highest order. ‘Midnight Madness’ sounds like the end of level boss music in a video game from hell. ‘The Edge of the World’ is an 11 plus minute epic that throws in everything and the kitchen sink. It’s gloriously over the top, heavy and just goes for broke. It is one of the highlights on an album that features many.

Reaching into Infinity is exactly what fans want from a Dragonforce album. Lightspeed guitar work, a full widescreen production job, Powerful vocals with hooks that make you feel like you could punch the heart out of an actual dragon. Its big, its loud and it doesn’t take itself seriously, but it will definitely get you pumped up. For everyone else, if you aren’t already onboard with Dragonforce, now may be the time to re-evaluate that.

Reaching Into Infinity is released on the 19th of May through earMUSIC. 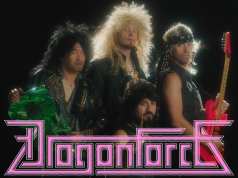 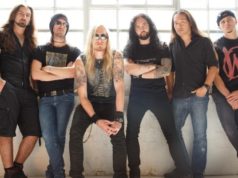 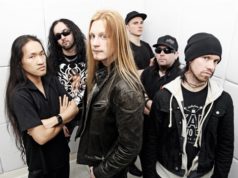 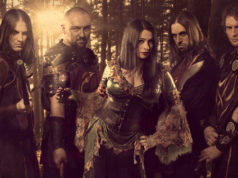