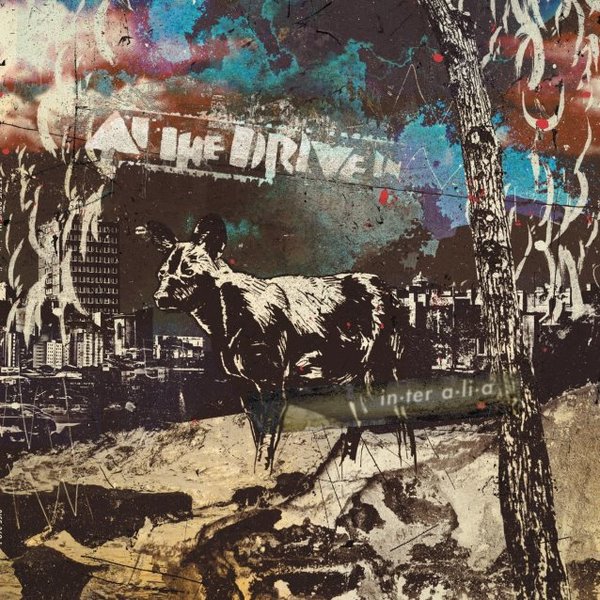 The return of At The Drive-In has been nothing short of stunning, even then I think I’m underselling its significance. In 2000, they dropped their defining album ‘Relationship of Command’ and starting to make big waves. Before we knew it, the mic had dropped and they’d ridden off into the sunset. They would sporadically reform for some live shows here and there some 12 years later, but no one really expected a new album.

Well, here we are. 17 years after they defined a genre with a groundbreaking classic, they are back. ‘in.ter a.li.a’ is their first new studio album in nearly 2 decades, weirdly enough the same gap of time it took The Refused to come out of their musical exile. I mention them because both bands’ paths are similar, they both changed the game, went out on a high, then came back and released albums after the same length of time between releases. Both bands also returned to a music scene filled with people that had been born and raised on bands that had ripped them off in the time since they last released an album.

You probably want to know what in.ter a.li.a sounds like right? Well the good news is that this is vintage At The Drive-In through and through – this sounds like the logical next step in their evolution. It’s weird because it’s almost as if no time has passed between releases. Album opener ‘No Wolf Like the Present’ sets the pace early and brings the listener right back into this world. It’s an instant classic that feels familiar from the get-go and its immediacy is only matched by how it catchy it is. The chorus is memorable and the riffs have a melodic edge that is undercut with a sharpness that keeps it lodged in your head.

There is something about this album that is inviting, like a musical Tauntaun, you just want to cut it open and live inside it for a while. Time has not dampened the spirit of the group and this feels as vital as ever. There is a sense of urgency and a scathing rage bubbling under the surface, especially on ‘Governed by Contagions’, a song that is as bonkers as the name may suggest. ‘Torrentially Cutshaw’ displays the kind of invention and electric songwriting that At The Drive-In built their name on and that many bands have been trying to master since. ‘Ghost Tape No.9’ is a slow, sinister number that will worm its way into your ears and under your skin.

This is not a particularly chaotic or heavy record. It is a record built on emotions and passion linked to a variety of topics. This is a more straightforward album than perhaps people may be expecting, but it is still imbued with all the quirks that people fell in love with. The vocals are commanding and heartfelt, plus the lyrics will stop and make you think, either through how odd they are or how poignant, sometimes both in the same song. The musicianship is still impeccable and well thought-out, the guitars especially don’t beat you into submission so much as wrestle you to the ground and keep you there. It’s a controlled frenzy that bubbles and fizzes, exploding in bursts without warning.

in.ter a.li.a is an incredibly strong return to form for a band that a lot of people had presumed were dead long ago. At The Drive-In are a band that wouldn’t have put out a new album that they thought would tarnish their legacy,  and thankfully they haven’t. This is every bit as fresh, interesting and in places exciting as their classic material. This is an album that will stay with you for a long time after you are done listening, one that will grab your attention in new and different ways every time you hear it. So do yourself a favour and give it a listen immediately.