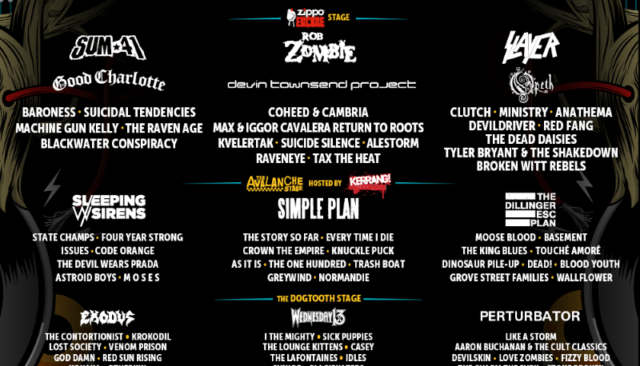 With Rock Sins having a substantial team on the ground at the 2017 Download Festival this year, we thought it might be a bit much to include all the bands from each day in one single mammoth post. So we’ve decided to split things up by stages, and here you can find all the events from the first day of the Zippo Encore stage!

First up for Rock Sins on this particular stage this year, Suicidal Tendencies (8) kicked off their World Gone Mad tour at Download with a performance overflowing with energy. Basking in the Donington sunshine light cloud cover the band seemed to be loving life, no more so than singer Mike Muir. Although not as young as he used to be he made full use of the stage – continually engaging with the crowd, getting them moving, bouncing and pitting throughout with his passionate and varied vocals. They repeatedly demonstrated their considerable technical quality, throwing in slap bass licks and intricate guitar solos woven through their renowned punk/thrash sound, further complimented by the legendary Dave Lombardo’s epic drum skills. IW

With their intricate and immersive sludge metal Baroness (8) may be seen as somewhat of a speciality band which was visible from the smaller but dedicated crowd greeting them for their set on the second stage. Apart from a minor technical issue following the atmospheric buildup to their set Baroness delivered an almost flawless performance capturing many plaudits as one of the sets of the day. Special call out to new lead guitarist Gina Gleason delivering an exceptional performance in one of her first gigs with the band. IW

From modern pop punk to a bit of retro pop punk, Good Charlotte’s (7) addition to the Download 2017 line up will have been looked on by many as purely a nostalgia trip, particularly as they were to be followed by their old friends Sum 41. In truth, those people might have been onto something, but Good Charlotte put on one hell of an enjoyable show on their first appearance on the hallowed Donington turf. Drawing heavily from their breakthrough album The Young & The Hopeless for the first half of the set, songs like Riot Girl and The Story Of My Old Man made surprise appearances alongside the near-obligatory Girls & Boys and The Anthem.

Joel, Benji and friends proved that they were very much not one album wonders, branching out through new single Life Changes to more old favourites with The Zippo Encore stage coming particularly alive for their collaboration with Avenged Sevenfold, The River (sans Shadows and Synester Gates this time around) and Dance Floor Anthem. As expected Lifestyles Of The Rich & Famous finished things off, and set the scene nicely for what was to come next. JG 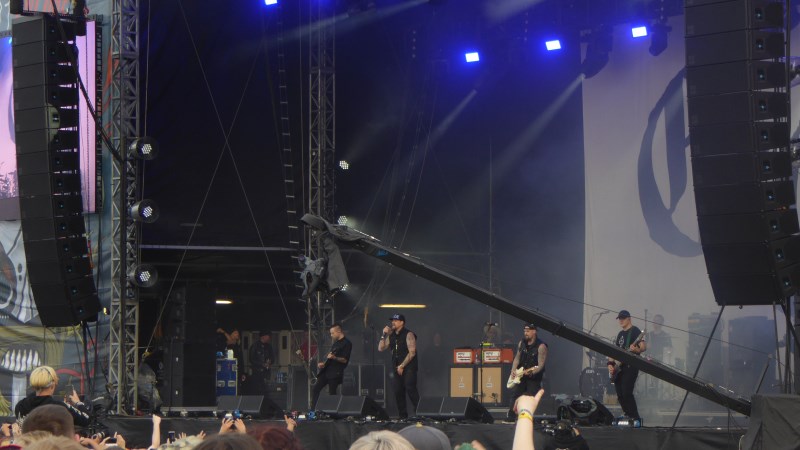 Another band where members, frontman Deryck Whibley in particular, have been battling various demons, Sum 41’s (8) position as Zippo Stage headliners at Download 2017 was something of a redemption for them, and Whibley in particular. They put on a tremendously entertaining set for the most part, with a very strong opening (Hell Song into Over My Head into Fake My Own Death) though it threatened to derail a couple of times when they veered off course into experimenting with other bands’ songs rather than their own. That having been said they are well known for an excellent Master Of Puppets, and ripping straight into the Puppets solo following a bit of Iron Maiden’s The Trooper provided the dose of classic metal for the day, but the less said about the We Will Rock You cover the better.

Tracks such as We’re All To Blame and Pieces from Chuck were excellent choices for inclusion, especially when paired with Still Waiting, before In Too Deep and Fat Lip ensured anyone who thought about leaving early to head to System Of A Down put the breaks firmly on for sum mid 00’s pop punk gold. On this showing, Sum 41 would be most welcome back to Download in the very near future. JG 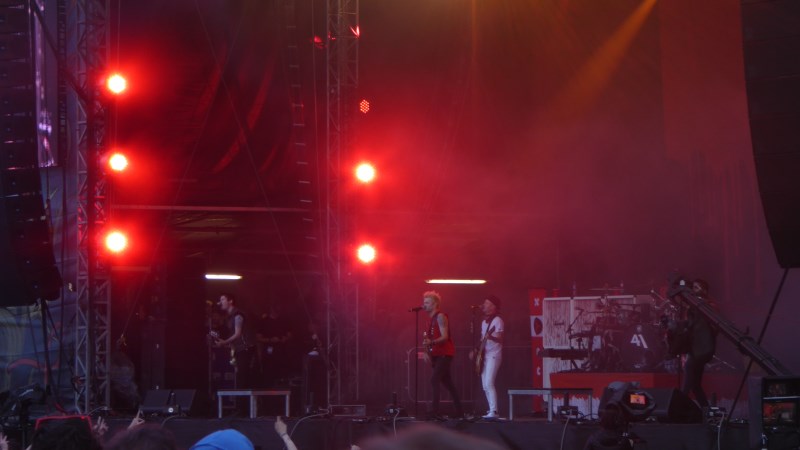 For Friday’s coverage of the other stages, you can check out the day’s events from the Dogtooth and Avalanche Stages right here. The main stage report will follow very soon!