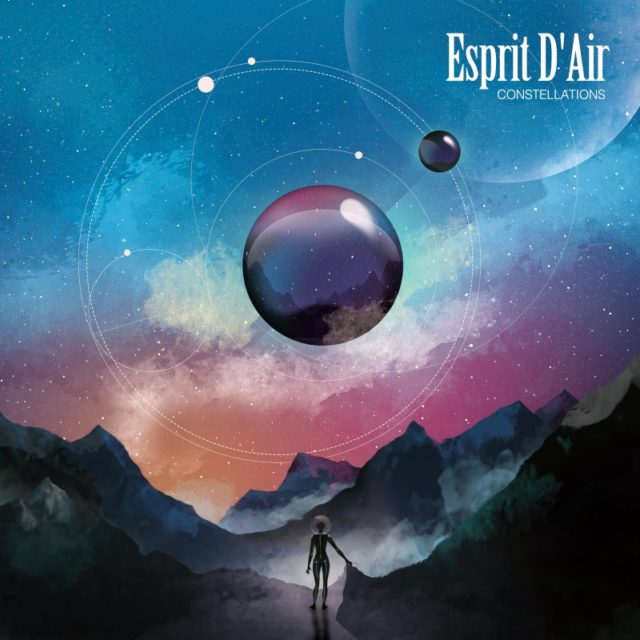 Overall Score: 8.5/10 Songs: 8/10 Musicianship: 8/10 Playability: 8/10 Pros: Epic sounding songs with beautiful melodies that will get stuck in your head Cons: The album is too short, a few more songs would have given it a bit more life

London-based J-Rock Outfit Esprit D’Air are a band with seemingly big ambitions. You only have to take one listen to their comeback album ‘Constellations’ to realise this. It seems almost unfathomable to think that we nearly didn’t get this album after the band disbanded and had a lineup overhaul, before making their way back to the world.

‘Constellations’ is an album that pulls in a lot of different influences, including both J-Rock & J-Pop but it also mixes it with the more radio-friendly American rock sound. Think a cross between the more anthemic moments of X-Japan mixed with 30 Seconds to Mars at their most bombastic and you are in the right ballpark. Razor sharp riffs, soaring melodies and choruses to die for seem to be the order of the day here and a collective whole it works.

Tracks like ‘Guiding Light’ (The Album’s original title) and ‘The Awakening’ sound absolutely huge and prove that they have a knack for writing ballads with balls, whereas ‘Rebirth’ and ‘The Hunter’ display the band’s heaviness with absolutely crushing riffs, that pound and groove, before giving way to sublime vocals that will be swirling around in your head for days.

‘Constellations’ is a confident, punchy and to the point debut album from a band that has pulled themselves backed together, reinvigorated and ready to conquer the world, and with an album this good it’s going to be hard for anyone to stand in their way.

Esprit D’Air’s Constellations is released on the 30th of June 2017. 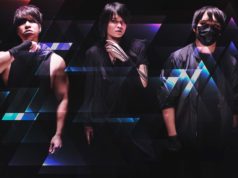