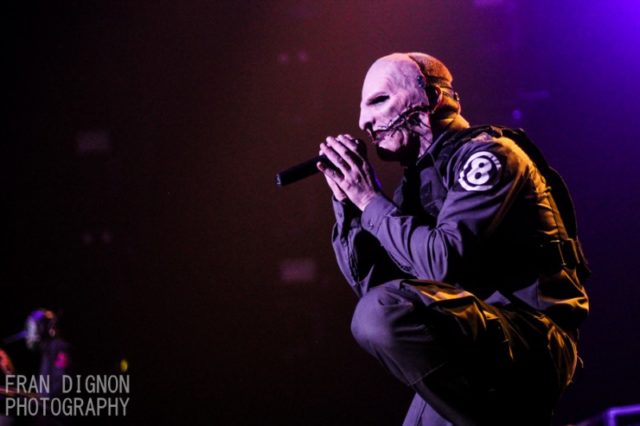 If you’ve been hanging on the edge of your seat ever since Slipknot began dropping teaser videos this week, the wait is over. Day of the Gusano has been announced as their next documentary, featuring footage from Knotfest Mexico City back in December 2015.

Packed with 90 minutes of Slipknot’s trademark hell and directed by Shawn Crahan aka Clown, Day of the Gusano will broadcast for one night only on 6th September 2017 at selected cinemas, details of which will be revealed next month and we at Rock Sins will endeavour to bring this information to you in due course.

Based around video content from their first ever visit to Mexico and showcasing full surround sound to immerse viewers into the live atmosphere, this new documentary is far more than just a track-by-track setlist compilation. Day of the Gusano will feature exclusive interviews with the band members on the subject of their longevity and appeal, plus a number of testimonials from some of the band’s most dedicated fans from Mexico.

Adding to the immersive cinematic experience on 6th September, the band are reaching out to fans to submit questions on Facebook and Twitter using the hashtag #AskSlipknot for the members to answer on the screening night. Fans should submit their burning questions by this Tuesday 13th June, so you don’t have much time to wrack your brains.

To sign up for updates and find further information on the screening, head over to the Day of the Gusano website.