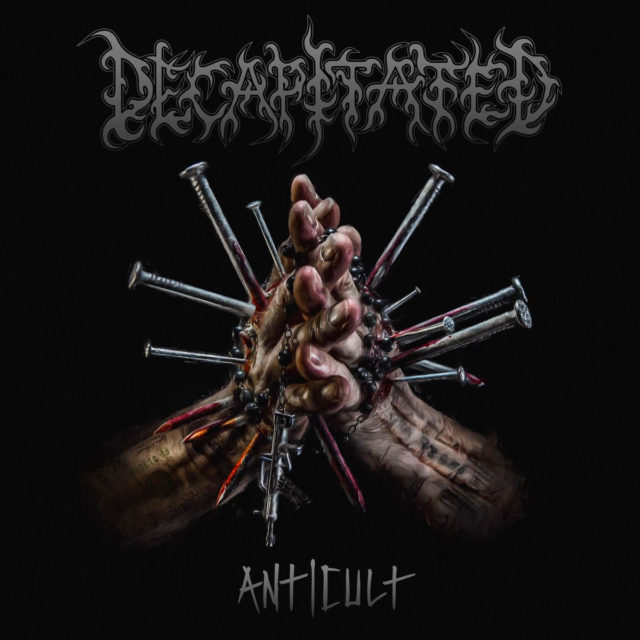 When a band reaches a certain point in its career, the members can often find themselves in a difficult situation: upset fans by releasing the same sort of album again and again, or upset fans by attempting to branch out and alter their sound. For Decapitated, things have very much leaned towards the latter, especially after the forced change of membership in 2007 invariably accelerated the move towards 2011 effort Carnival is Forever’s more groove oriented approach. Purists were further angered when they took things one step further on 2014’s Blood Mantra, with some going so far as to accuse them of making a “nu metal” album. However the band, with lead guitarist and primary songwriter Waclaw “Vogg” Kieltyka at the helm, have pressed on through the criticism and this year unleash their new effort Anticult, an album that slots nicely between their last two efforts.

One thing that is worth noting from the start, is that the songs on Anticult rarely exceed 5 minutes in length, a change from recent releases which allows the band to streamline and focus the music a lot more, rather than get lost in overplayed breakdowns or self indulgent solos. Sure, there is plenty of fantastic riffing and soloing on Anticult too, but nothing outstays its welcome. The songs are given a chance to transition neatly into each other without blurring the lines and turning the album into a muddled mess, and songs like “Deathvaluation” change the pace with a very old school metal influenced main riff, feeling considerably more melodious than the aural assault that is your typical Decapitated song.

Obviously for a modern day Decapitated album, however, grooves are the name of the game here and Anticult delivers them in spades. From the high energy of “Kill the Cult” and “Earth Scar” through to the more challenging and technically driven grooves of “Impulse” and “Never”, Vogg continues to establish himself as one of extreme metal’s finest guitarists. The chugging riffs of “One-Eyed Nation” continue the template that Blood Mantra laid out as well, with more focus on melody and even a touch of piano just to throw the listener off guard. Closer “Amen” also seems to explore new territory for the band too, with a slow, drudging pace, a dark atmosphere and simple, crushing riffs. Clocking in at 2:50, it’s the shortest track on the album and is a surprising left field effort for what’s basically an outro track.

It goes without saying that frontman Rafal “Rasta” Piotrowski continues to improve as a vocalist with each release. While fans of the classic sound have never particularly warmed to his Max Cavalera influenced bark compared to Sauron and Covan’s guttural style, his performances have grown better and better over the three albums he’s recorded with Decapitated as he carves out his own identity within the band and doesn’t let the band’s past become an obstacle. The fantastic production only goes to complement each member’s contribution, from Vogg’s impeccable guitar tone to Rasta’s roar, new bassist Hubert Wiecek’s rumbling low end performance and Michal Lysejko’s hard hitting drumming.

However, Lysejko’s work can sometimes be the weakest link in the band. With the demanding pace of Vogg’s groove laden riffs it can be difficult to keep up, but Lysejko’s drumming can at times be fairly simplistic and repetitive (see the drumming on “Never”, for example). While he is an extremely capable drummer and shows it plenty of times on Anticult, there are moments where his contributions just feel like they’re sorely lacking and drag down the overall quality of the songs. Accusations of repetitive drumming plagues predecessor Kerim “Krimh” Lechner’s time in Decapitated and it would be a shame to see Lysejko suffer the same fate.

Nevertheless, Anticult is yet another step on the road of Decapitated’s evolution from tech death masters to more varied, groove driven death metal. While they will always have their detractors and those that prefer the “old” band, they’re continuing down their own path and being a great success at that. Vogg has plenty more left in the tank and there will be many more twists and turns ahead in their future releases. Personally, I can’t wait. 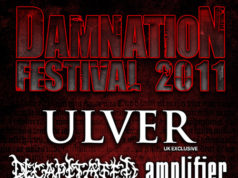